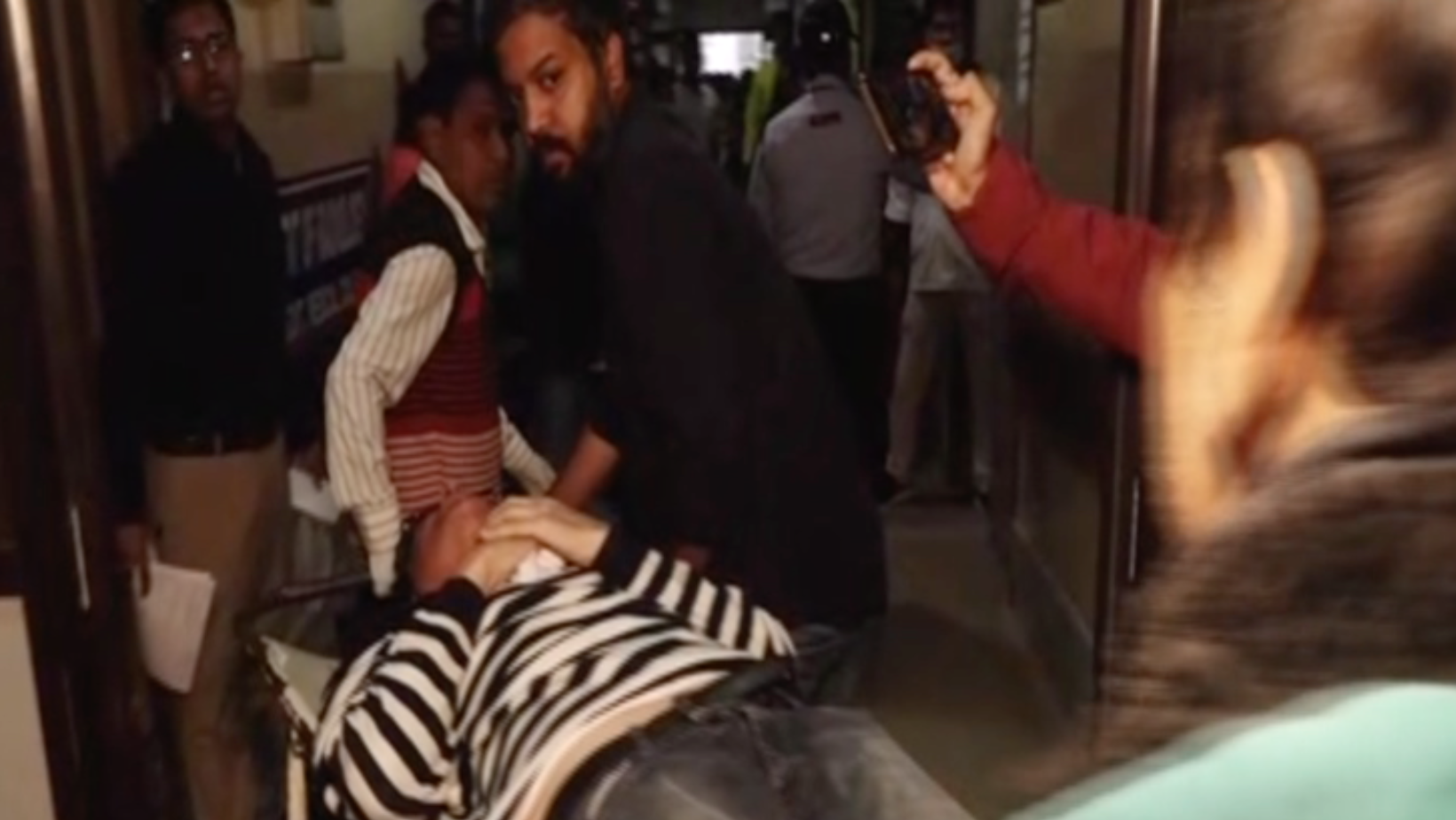 Several Congress supporters including AICC Tripura in charge Dr Ajay Kumar were injured in a clash that broke out between the supporter of Congress and BJP after bike rallies of both parties came together on the same route in West Tripura district this afternoon.

The clash between the parties broke at Ranirbazar Mohanpur under Majlishpur constituency in West Tripura.

Dr Ajay Kumar and a few people who were severely injured were admitted to a local hospital as of now, but many more are still at the Ranirbazar police station and cannot be evacuated since there are so many supporters of the ruling party there and the police did not dare to bring them out until more security personnel arrived, as per sources.

Congress MLA Sudip Roy Barman alleged that unarmed Congress workers were beaten up by the BJP goons mercilessly in the presence of the police.

Congress said that despite the fact that the party had a specific route given by the police and permitted by the police, BJP’s bike rally clashed with the same route.

Speaking to Northeast Live, Sudip Roy Barman said, “We particularly stated before the Election Commission of India that we apprehend that elections will not be conducted in accordance in few assembly constituencies. We have narrated various incidents and apprised the offer of apprehension and the same apprehension turned into reality in presence of police when there were stone pelting, lathi charges, and our unarmed workers were beaten up by the BJP goons mercilessly in the presence of the police.

Sudip Roy Barman said that all these incidents should be taken cognisance by the Election Commission of India and the police and appropriate actions should be taken against the perpetrators.

Today’s violence happened even as the Chief Election Commissioner Rajiv Kumar earlier in the day today said that the Commission would ensure there are no pre-poll or post-poll violence in any of the states. The CEC was addressing a press conference to announce the poll dates.

It may be mentioned that Congress and CPI-M have finalized their alliance ahead of the assembly elections in Tripura scheduled to be held on February 16.