Home  ⁄  topnews   ⁄   Permanent commission to be applied to all women officers in Army service: SC

Permanent commission to be applied to all women officers in Army service: SC

The Supreme Court on Monday ordered that the permanent commission will apply to all women officers in the Indian Army in service, irrespective of their years of service. The apex 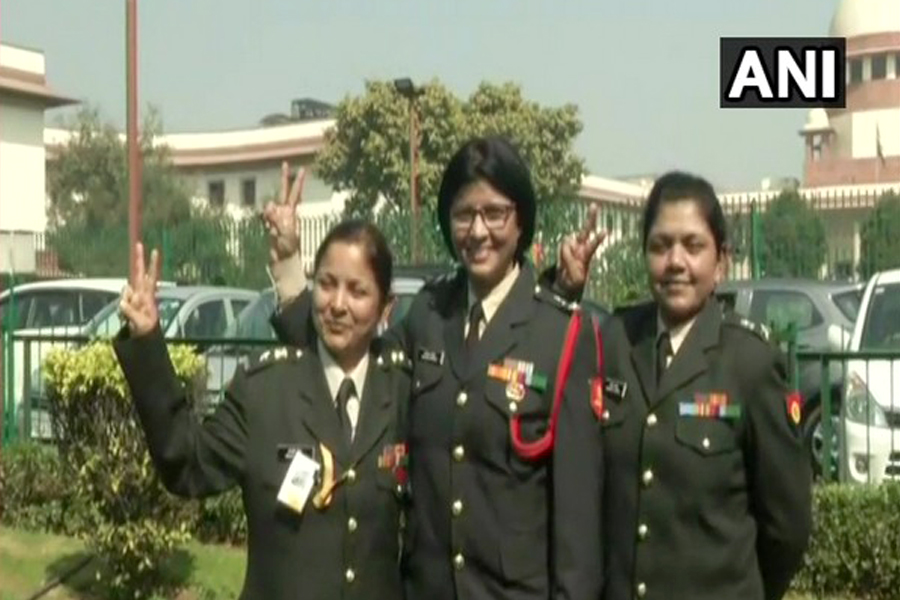 The Supreme Court on Monday ordered that the permanent commission will apply to all women officers in the Indian Army in service, irrespective of their years of service.

The apex court also ordered that after the judgement of Delhi High Court, Centre should grant permanent commission to women officers.

While reading out the order on the Centre’s appeal challenging the Delhi High Court’s ruling in 2010, for granting permanent commission to women officers in Army, Supreme Court judge Justice DY Chandrachud said, “Soldiers must have the physical capability to do one’s role. Women in the Army is an evolutionary process.”

“The policy decisions of the Union Government is very unique as far as the employment of women officers is concerned. We dispose off the petitions and necessary compliance of this court’s order within a period of three months,” he added.

“The contentions of the Centre, regarding the issue of physiological limitations and social norms to deny an opportunity to women officers is disturbing and can’t be accepted. Centre, by not giving permanent commission to women officers, had prejudiced the case,” the Supreme Court observed.

Earlier, the sources had said that the Army is in favour of granting pension benefits to women officers, who have fulfilled the service conditions.

Sources earlier informed that the induction of women in the Army is progressing well and that these women officers will be given all suitable assignments as deemed fit by the organisation.

All decisions taken towards the smooth integration of women in various assigned roles in the army will be taken in the best interest of the individuals and the organisation, Army sources had added.

In April last year, the Army had kicked off the process of inducting women as jawans by starting their online registration for recruitment in the corps of military police.