Home  ⁄  topnews   ⁄   Padma Awards: See Who won from the Northeast

Padma Awards: See Who won from the Northeast

The Padma awards, which are among India’s highest civilian honours, were bestowed on 119 people in 2021. Due to the Covid-19 epidemic, a ceremony to honour the honorees could not 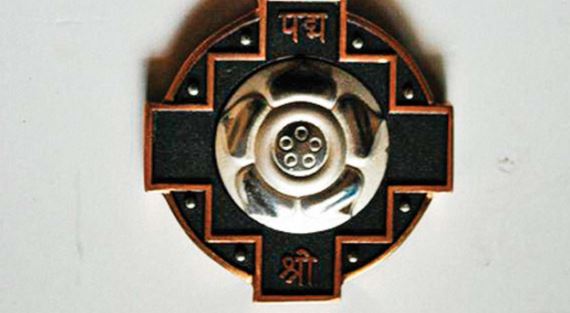 The Padma awards, which are among India’s highest civilian honours, were bestowed on 119 people in 2021. Due to the Covid-19 epidemic, a ceremony to honour the honorees could not be organised in 2020. Vice President of India M. Venkaiah Naidu, Prime Minister Narendra Modi, Union Minister for Home Affairs Amit Shah, and other dignitaries were among those present during the award cerrmony.

A number of Northeast Indians were among those honoured in different segments.
The former chief minister of Assam, Shri Tarun Gogoi has been posthumously awarded the Padma Bhushan. Gogoi, who was Assam’s longest-serving chief minister, died in 2020 as a result of post-COVID-19 complications.

Ms. Lakhimi Baruah from Assam founded the Konoklota Mahila Urban Cooperative Bank in Jorhat, in 1998 to enable women from low-income families to achieve financial independence and security. In honour of her efforts to financially empower Assamese women, Lakhimi Baruah was selected one of the recipients of this year’s Padma Shri awards for 2021.

Shri Gopiram Bargayn Burabhakat, a veteran Assamese folk musician from Majuli, was awarded the Padma Shri in 2021. For almost seven decades, he has been known for cultivating Sattriya traditional music.

Bijoya Chakravarty from Assam is an Indian politician from the Bharatiya Janata Party. In the realm of public affairs, she received the highest prestigious Padma Shri Award in 2021.
Mangal Singh Hazowary is an Indian poet who writes in the Bodo language. In 2005, he was awarded the Sahitya Akademi Award for his poem “Ziuni Mwkthang Bisombi Arw Aroj.” This year the Indian government awarded him the Padma Shri, the country’s fourth-highest civilian honour, for his contributions to literature and education.

Dulal Manki, also known as “Jhumur Samrat,” from Assam receives the most prestigious Padma Shri award. He is well-known for promoting the tea tribe’s art and culture. He wrote various songs and popularised folk music that was mostly influenced by the tea tribes.
Birubala Rabha is an Indian activist who works in Goalpara, Assam, against witchcraft and witch-hunting. She is the founder of Mission Birubala, a non-profit that raises awareness about witch-hunting. She played a key role in the Assam government enacting the Witch Hunting Prevention and Protection Act, 2015. This year to her honour the government awarded with the Padma Shri.

Shri Roman Sarmah is a Guwahati High Court Bar Association member and a veteran journalist from Kamrup, Assam. He is also the editor of Guwahati’s 89-year-old Bordoichila magazine. He has been awarded the most prestigious award Padma Shri.
Imran Shah, also known as Nawab Imran Shah, is an Indian writer, poet, novelist, and scholar who writes in the Assamese language. Ishan Dutta, Anamika Baruah, Kumbhakarna, and Animesh Baruah are some of his pen names. This year he has been awarded Padma Shri.

Rewben Mashangva, a tribal folk musician and vocalist from Manipur, has been awarded the Padma Shri award for his contributions to the arts. Mashangva is recognised for resurrecting Manipur’s Tangkhul tribe’s musical history, as well as the use of indigenous musical instruments.

In 2017, Anshu Jamsenpa, a 41-year-old mountaineer from Arunachal Pradesh, became the world’s first woman to scale Mt Everest twice in five days. Jamsenpa, a mother of two, received the Padma Shri award on Monday. It is India’s fourth-highest civilian honour.

In the subject of agriculture, President of India Ram Nath Kovind handed the prestigious Padma Shree Awards to two individuals of Meghalaya, Trinity Saioo from West Jaintia Hills and Nanadro Marak from West Garo Hills. Trinity Saioo, a school teacher by profession, inspired farmers in West Jaintia Hills, Meghalaya, to plant the Lakadong Turmeric cultivar. Sh. Nanadro B Marak, a Meghalaya black pepper farmer from WestGaroHills District, has been awarded the coveted Padma for his contribution to agriculture in the state, and the Chief Minister congratulates him.

Satyaram Reang of Tripura, a well-known tribal dance advocate, has been awarded the Padma Shri, making him the third person from the northeastern state to receive the honour in as many years.