Following a day of dramatic developments, including a high voltage drama at the Supreme Court, former Finance Minister and senior Congress leader P Chidambaram was arrested by the CBI on 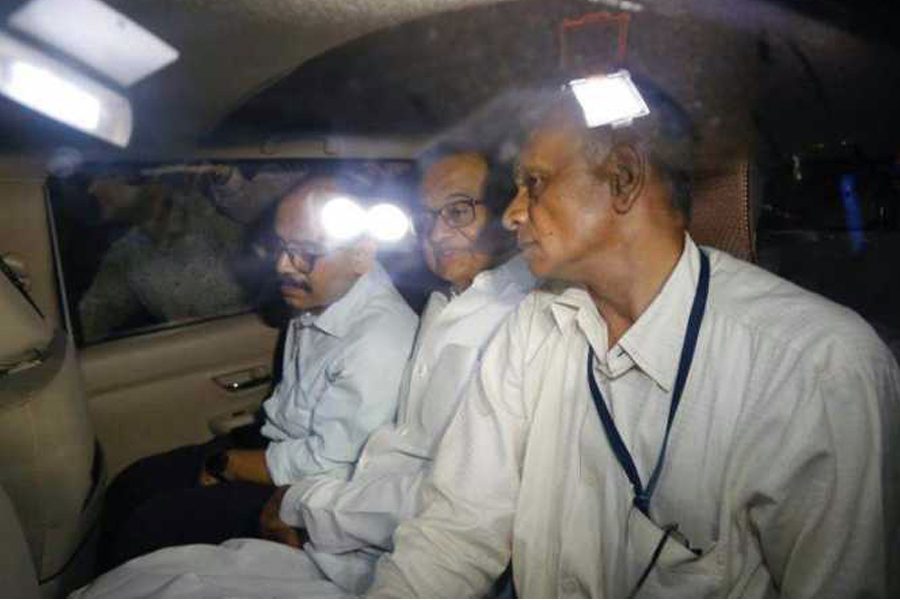 Following a day of dramatic developments, including a high voltage drama at the Supreme Court, former Finance Minister and senior Congress leader P Chidambaram was arrested by the CBI on Wednesday evening from his residence.

Chidambaram, who remained out of contact since Tuesday afternoon, following a Delhi High Court order that ended his interim bail in the INX Media case, dramatically appeared at the Congress headquarters yesterday evening.

Chidambaram briefed the media at the Congress headquarters, where he claimed that he had been planning his legal defence and is ready to face the law.

Following the presser, the former Finance Minister, accompanied by senior Congress leaders and lawyers Abhishekh Singhvi and Kapil Sibal, headed straight to his Jor Bagh residence where he stayed till 9:45pm, when he was arrested by a CBI team amid dramatic scenes.

The CBI sleuths had to scale over the walls of Chidambaram’s residence, to put an end to 2-day long drama, where he made every effort to evade arrest.

In the dramatic press appearance at the Congress headquarters, Chidambaram claimed that the FIR lodged against him does not accuse of any wrongdoing.

The Enforcement directorate and the CBI have been investigating the INX media case, where Chidambaram is accused of misusing his position as Finance Minister.

On May 15, 2017, the CBI had registered an FIR against against P Chidambaram alleging irregularities in Foreign Investment Promotion Board clearance granted to the INX media group for receiving overseas funds of Rs 305 crore in 2007 during Chidambaram’s tenure as Finance Minister.

Thereafter, the Enforcement directorate had lodged a money laundering case in 2018 in the same case. INX Media case is not the only case that P Chidambaram is accused of. He and his son – Karti Chidambaram is also facing charges in the Aircel-Maxis Case.