Insider-outsider conundrum escalating in the north east with every passing day. The students’ bodies of Northeast have declared an all out war against the proposed Citizenship (Amendment) Bill. The Northeast 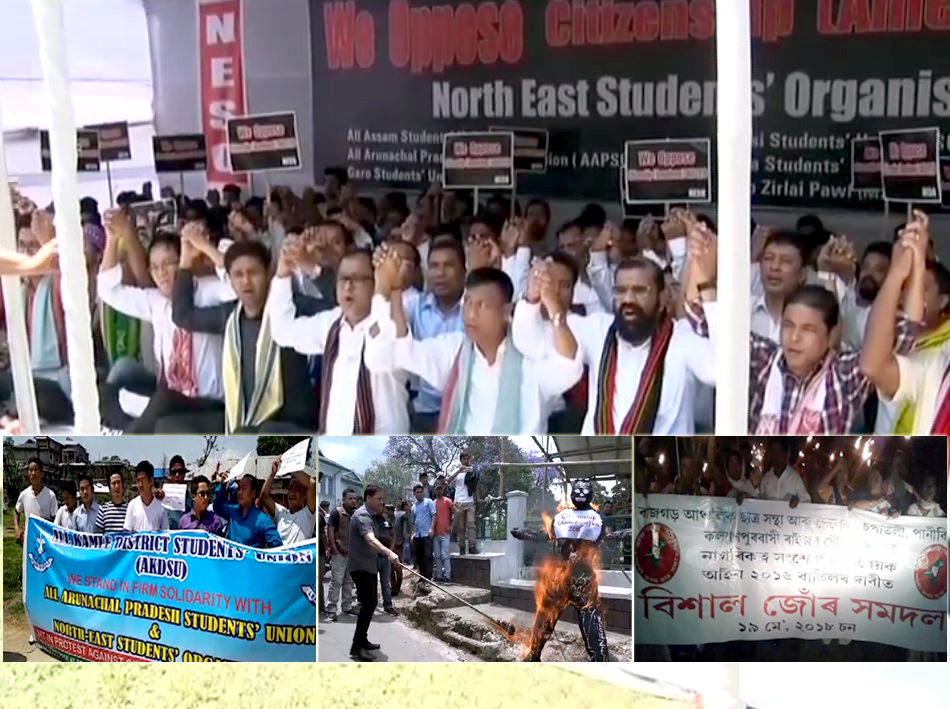 Insider-outsider conundrum escalating in the north east with every passing day.

As decided by the North East Students’ Organisation on the 11th of May, leading students’ bodies from all Northeastern States barring Sikkim, launched staunch demonstrations in their respective district headquarters today reiterating their adamant “NO” to the proposed Citizenship (Amendment) bill.

In Assam, the AASU along with the Karbi students Union staged a massive sit in demonstration at the foothills of the Raj Bhavan chanting loud slogans against the center and state govts. That followed by submission of the all important memorandum opposing the Bill.

Elsewhere in Shillong, the influential Khasi Students’ Union too protested against the bill. Student members were seen shouting slogans and burning effigies symbolizing the bill. The protests were held, despite the NPP-led government in Meghalaya, which also has the BJP as an alliance partner, already deciding to oppose the bill.

Protests against the bill were also held in Arunachal Pradesh, Nagaland and Mizoram where the leading students bodies took to the streets to yet again express their stiff opposition to the bill.

While in Arunachal the protests were spearheaded by the All Arunachal Pradesh Students’ Union, the Naga Students’ Federation submitted a memorandum to the governor in Kohima opposing the bill.

The Mizo Zirlai Pawl, demonstrated against the Citizenship Bill outside the Vanapa Hall in Aizawl.

The leading students’ bodies under the banner of the NESO look determined to ensure that the much talked about bill does not see the light of the day.

Through region wide protest, the NESO members say this is just a beginning of their long fight against the “controversial bill”.