Arunachal Youth Miram Taron, who was abducted by the Chinese PLA on 18 January at the Indo-China border, was subjected to electric shocks by China’s Peoples’ Liberation Army (PLA) as 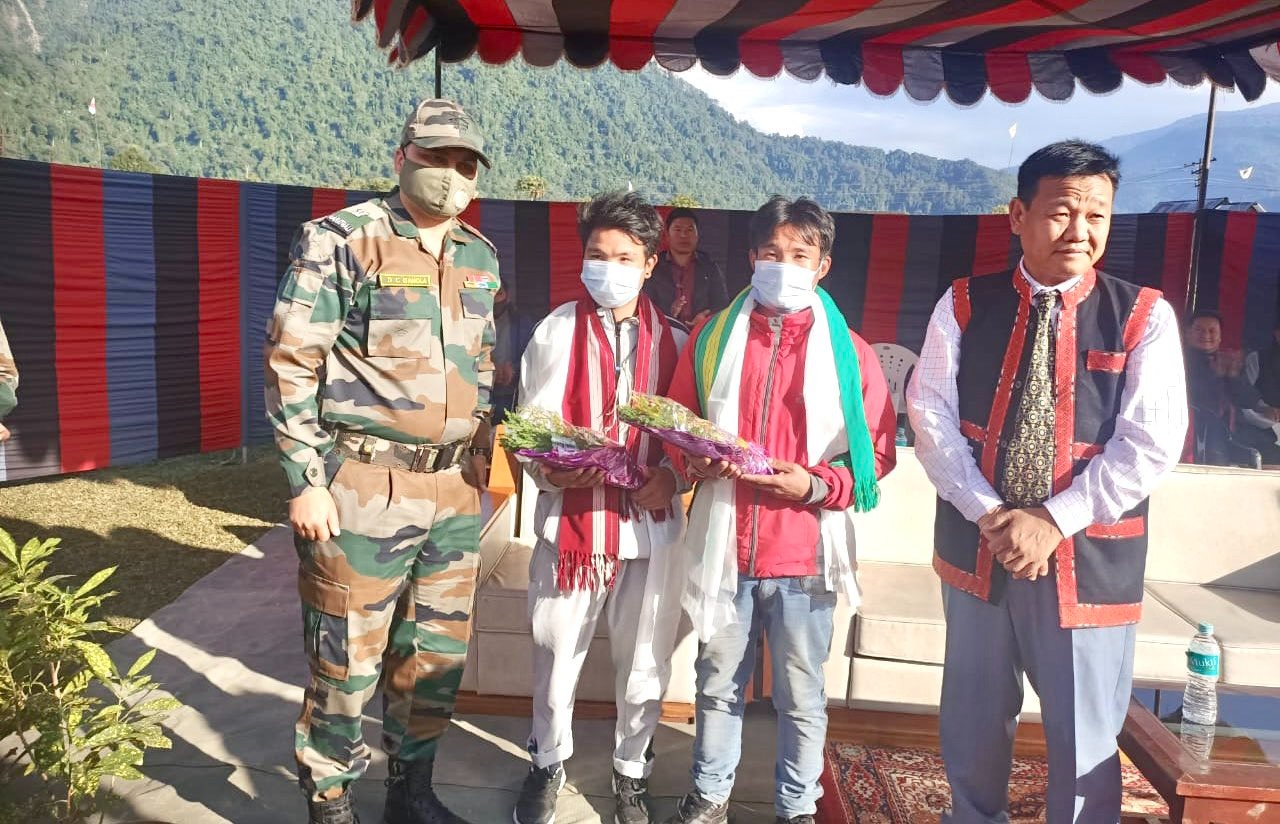 Arunachal Youth Miram Taron, who was abducted by the Chinese PLA on 18 January at the Indo-China border, was subjected to electric shocks by China’s Peoples’ Liberation Army (PLA) as claimed by state Bharatiya Janata Party (BJP) MP Tapir Gao.

Speaking to the media Tapir Gao said he had received news that Miram Taron who was handed over to India by the Chinese PLA on Jan 27, 14 days after he went missing, was beaten up and given electric shocks by PLA.

Gao said it is a serious matter and he urged the Government to raise the issue with the authorities concerned.

He also added the issue is not limited to Miram Taron as the state has dense jungles in the border areas where intruding PLA troops abduct Indian when they go for hunting and collecting herbs.

He further added such incidents will keep happening until the boundary issue is resolved.

Taron along with his friend Johnny Yaying had gone missing from Bishing area of Tuting sub-division in Arunachal Pradesh‘s Upper Siang district close to the Indo-China international border on January 18.

17-year-old Miram Taron spent over a week in the captivity of the Chinese PLA after he went missing.

It may be mentioned that after Miram went missing, his father Opong Taron made a fervent appeal threatening to march into China to bring his son back home if the PLA do not release his abducted son soon and set a Republic Day deadline for his son’s return.

However, on January 27, the Chinese PLA handed over Miram Taron to the Indian Army at the Wacha Damai interaction point at Kibithu in Anjaw district of Arunachal Pradesh.

Miram Taron finally reunited with his family on January 31 after 14 days since he was captured by The Chinese PLA and released subsequently following the intervention of the Centre.