A metro pillar which was being constructed in Bengaluru's Navagara area collapsed on the road. A family of three travelling on the road were injured and immediately hospitalised. The mother 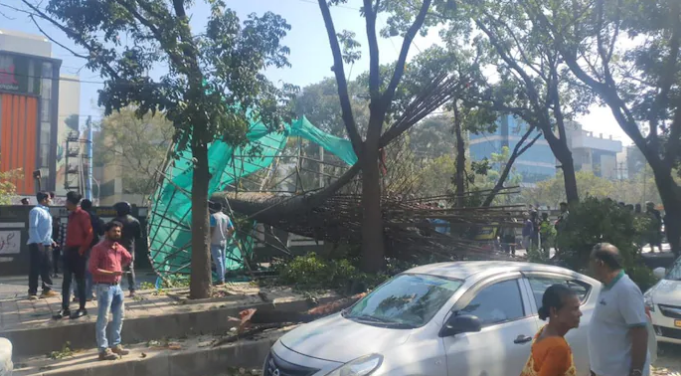 A metro pillar that was under construction collapsed in Bengaluru, resulting in the deaths of a woman and her two-and-a-half-year-old son. The woman’s husband, on whose bike they were travelling, was also injured in the incident. The woman and her child succumbed to their injuries in the hospital, reported India Today.

The incident occurred on Tuesday morning in Bengaluru’s Nagavara area. A metro railway pillar that was being constructed in the area, on the road from Kalyan Nagar to HRBR Layout collapsed on the road, said India Today report.

A man, his wife and their son, who were travelling on a bike on the road were injured in the incident. They were immediately shifted to the hospital. However, the mother and the child, who suffered previous injuries, succumbed in the hospital. The deceased were identified as 25-year-old Tejaswi and her son, Vihaan.

Bheemashankar S Guled, DCP East, “The couple along with their son was heading towards Hebbal. The metro pillar was overloaded and collapsed on the bike. The mother and son were pillion riders. They suffered grievous injuries and were shifted to Altis hospital. They succumbed to the injuries at the hospital. They were identified as Tejaswini and her two-and-a-half-year-old son, Vihaan.”