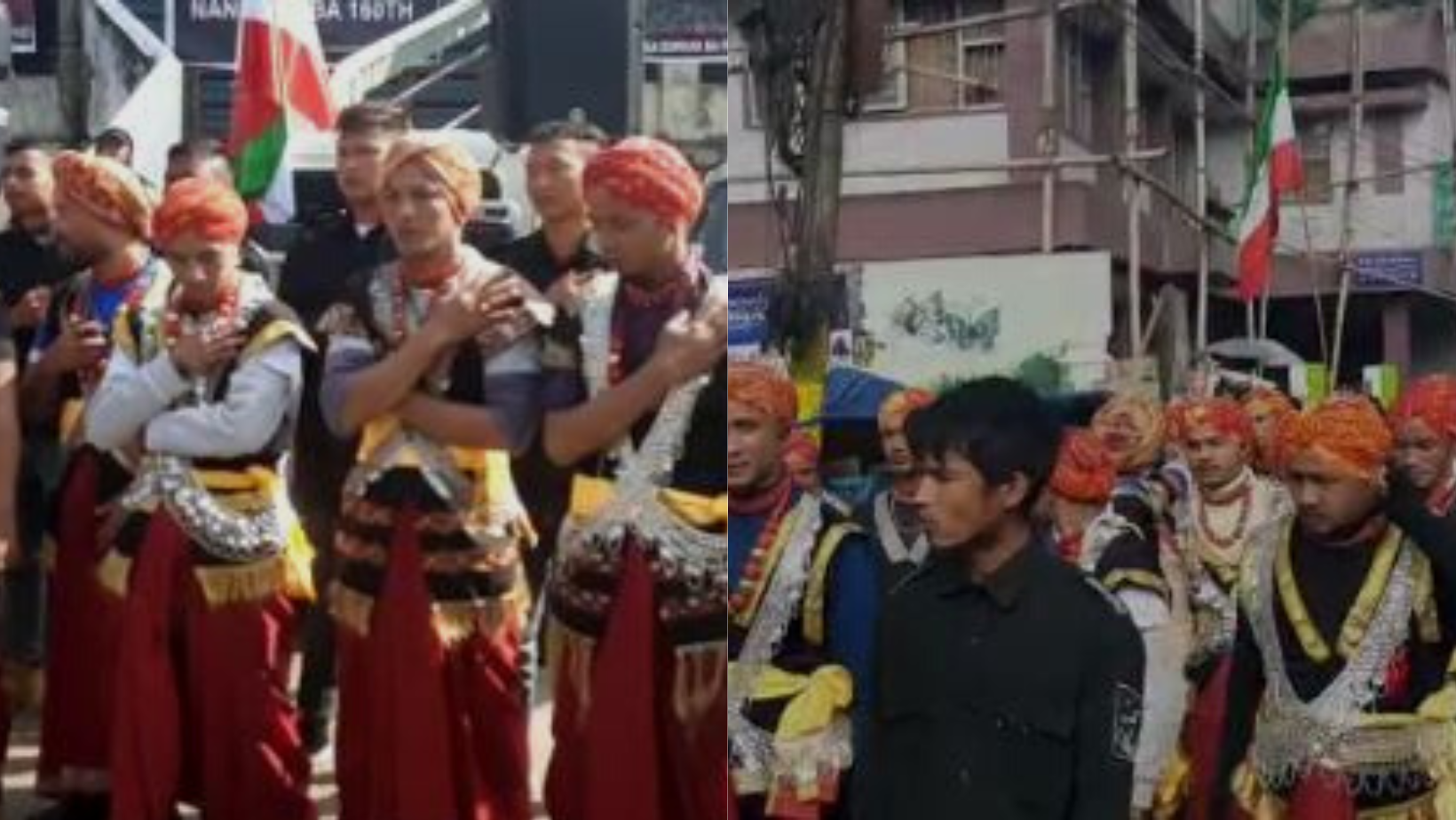 Hundreds took part in the peaceful procession called by the Meghalaya outfit, Hynniewtrep Integrated Territorial Organisation (HITO), on Friday in protest against the recent tweet by former cricketer turned MP, Kirti Azad, mocking Prime Minister, Narendra Modi, who wore the enchanting Khasi traditional dress.
The organisation took strong exception to Azad’s negative remarks on PM Modi and the Khasi traditional attire by morphing it into a female garment easily available online.
Before taking out the procession, HITO held a brief meeting at Motphran where the leaders of the organisation addressed the members.
There was a huge police presence from the Mothpran area and barricades were put in place to prevent the precisionists from proceeding towards GS Road and Khyndailad.
The organisation had earlier announced the procession will commence from Motphran and proceed through GS Road, culminating at the State Central Library premises, where the statues of the three martyrs of Meghalaya are kept for posterity.

According HITO president, Donbok Dkhar, the peaceful procession was organised to uphold the people’s self-respect and proud history, as well as to cleanse the Khasi indigenous community of such heinous insult.
He further said that the peaceful procession was organised on this day to solemnly commemorate the 160th death of legendary martyr U Woh Kiang Nangbah.
Addressing the members, HITO education secretary Arnell Nongdhar condemned Azad’s much-reported tweet for insulting the country’s prime minister and the Khasi community.
The organisation had filed FIR against Azad since they were not satisfied with Azad’s apologies on social media.
Nongdhar stated that if Azad does not apologise to the entire Khasi community in black and white, legal action will be taken against him.