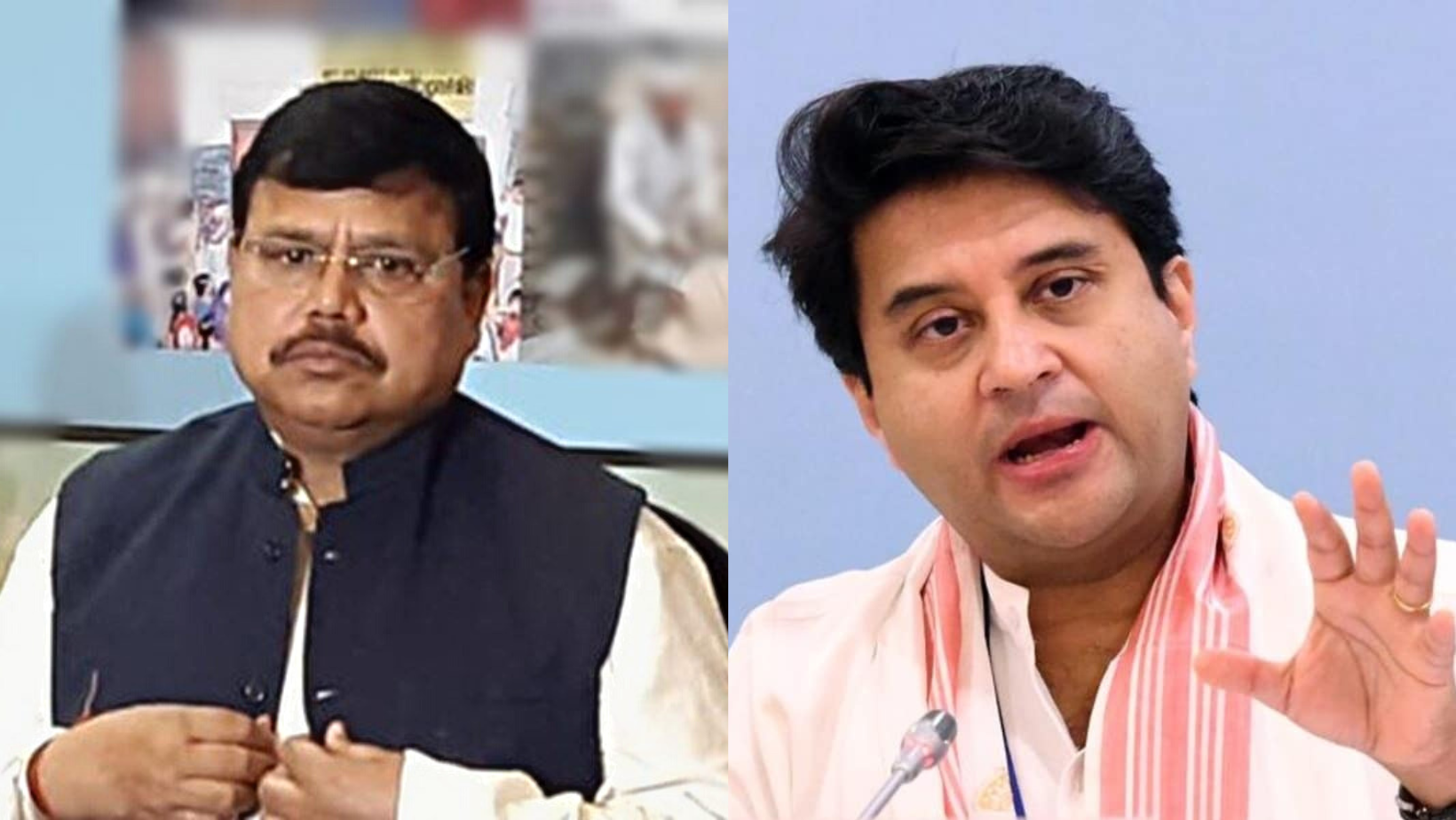 Bad roads are a common thing anywhere in India, except of course the roads of the National Capital and of the posh localities of cities like Kolkata, Mumbai, Chennai, Bengaluru and Chandigarh. And most politicians express concern and promise to get the roads fixed but more often than ever, these are false promises.
But anguished and upset with the poor condition of roads in his constituency, Madhya Pradesh’s Energy Minister and MLA from Gwalior, Pradyuman Singh Tomar took a vow not to wear any footwear till the roads were fixed. Pradyuman Singh was on inspection on October 20 when he found that roads in his constituency were in bad condition after which he took the vow.
Finally, two months later, Union Minister Jyotiraditya Scindia on Sunday, convinced minister Tomar to wear slippers after the roads were repaired.