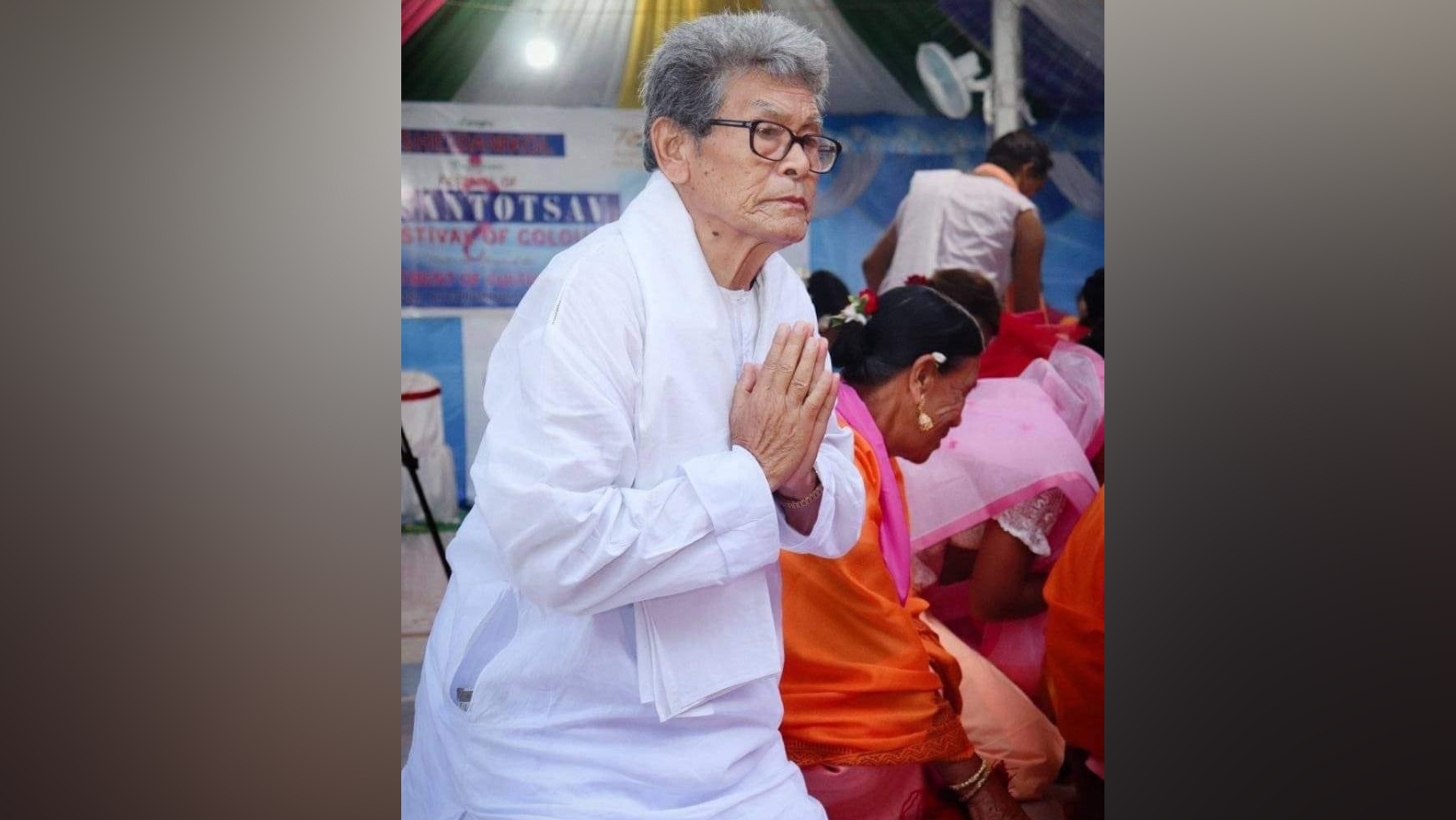 Padma Shri Wareppa Naba, a renowned theatre personality of Manipur passed away today. Naba was honoured with Padma Shri the fourth highest civilian honour of India, in 2017, for his contribution to the world of theatre in Manipur. Wareppa Naba was a prominent Sarkirtana performing artist, a popular theatre artist and a director.

In 1965, under the leadership of Padma Bhushan awardee late H. Kanhailal Singh, Naba played an active role in establishing his group, Theatre Mirror, with other theatre enthusiasts.

He had acted in more than 150 plays and directed and produced 100 plays apart from directing 40 Shuman Leela , the courtyard plays. He had also written more than 20 plays and conducted more than 40 intensive theatre workshops for the youngsters. Wareppa Naba’s devotion to the cause of revitalizing Shumang Leela, has been acknowledged over the years. He received 23 awards at the state and national levels.

Taking to Twitter, CM Biren Singh wrote, “Aggrieved to learn about the demise of Padma Shri Wareppa Naba who was a renowned theatre personality. I extend my sincere condolences to the bereaved family, and pray for the departed soul to rest in peace at the heavenly abode of almighty God.”