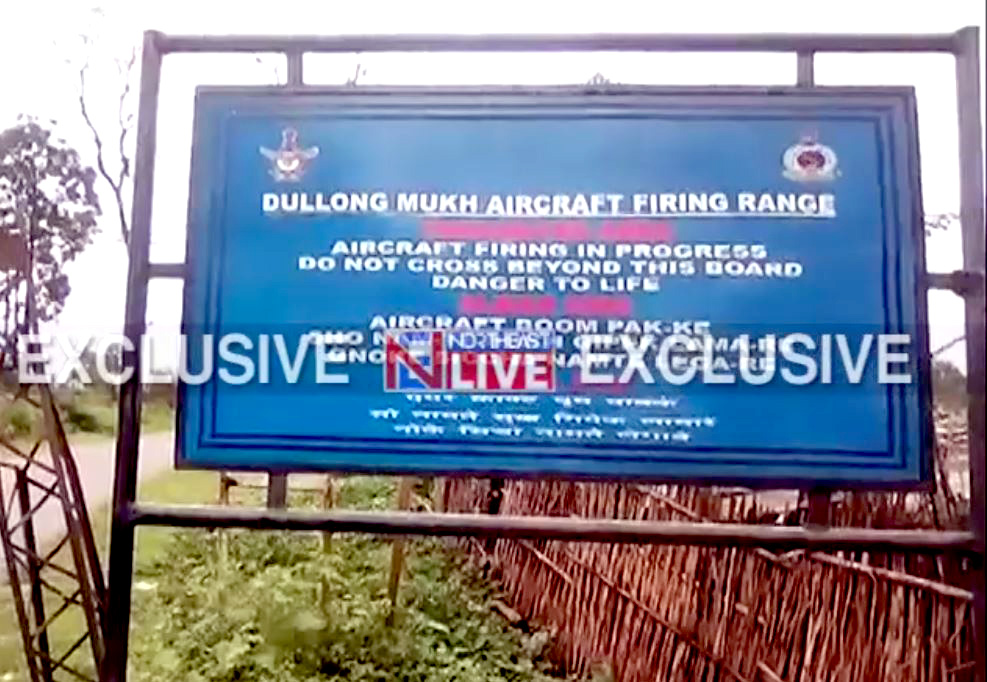 Heavy bombing in the firing range that is surrounded by 8 villages at Kamle district in Arunachal Pradesh has been creating havoc in the area with people from these villages living under extreme fear.

Daily lives of the people of these villages are being affected due to regular bombing exercises carried out by the Indian air force in the firing range, which is located mere 300 to 400 metres from the villages.

It was in 1975 that the Indian air force was provided with the land to use it as its firing range on a 50 years lease. Since then, the people of these 8 nearby villages are living under extremely trying conditions.

The district authorities are planning to move the High Court urging it not to renew the lease agreement with the Indian air force that ends in 2025 and put an immediate halt to the bombing activities in the firing range. The local student bodies are demanding immediate shifting of the firing range from Dullongmukh.

A serious allegation on the Indian air force has been leveled by the Kamle district authorities. The district authorities alleged that the air force did not notify it before carrying out bombing exercises in the firing range, thus leaving it with no options to alert the people of the nearby villages about the bombings, as such lives and properties come under serious risk.

While speaking exclusively to Northeast Live MLA, Tumer Murtem has said that he had already written to Defence Minister Nirmala Sitharaman apprising her about the conditions in which the people of the villages are living under. The MLA further informed that he along with several other local student leaders will meet Defence Minister Nirmala Sitharaman in new Delhi next month to further press on their demand of shifting the firing range from Dullongmukh.

Meanwhile, Arunachal Pradesh Chief Minister Pema Khandu in the Dullongmukh issue said that he will take up the matter in his Government’s core committee meeting very soon.