BJP national president JP Nadda concluded his 2-day visit to Nagaland today with a crucial meeting with the core committee members of Nagaland BJP in Dimapur. The meeting assumes significance 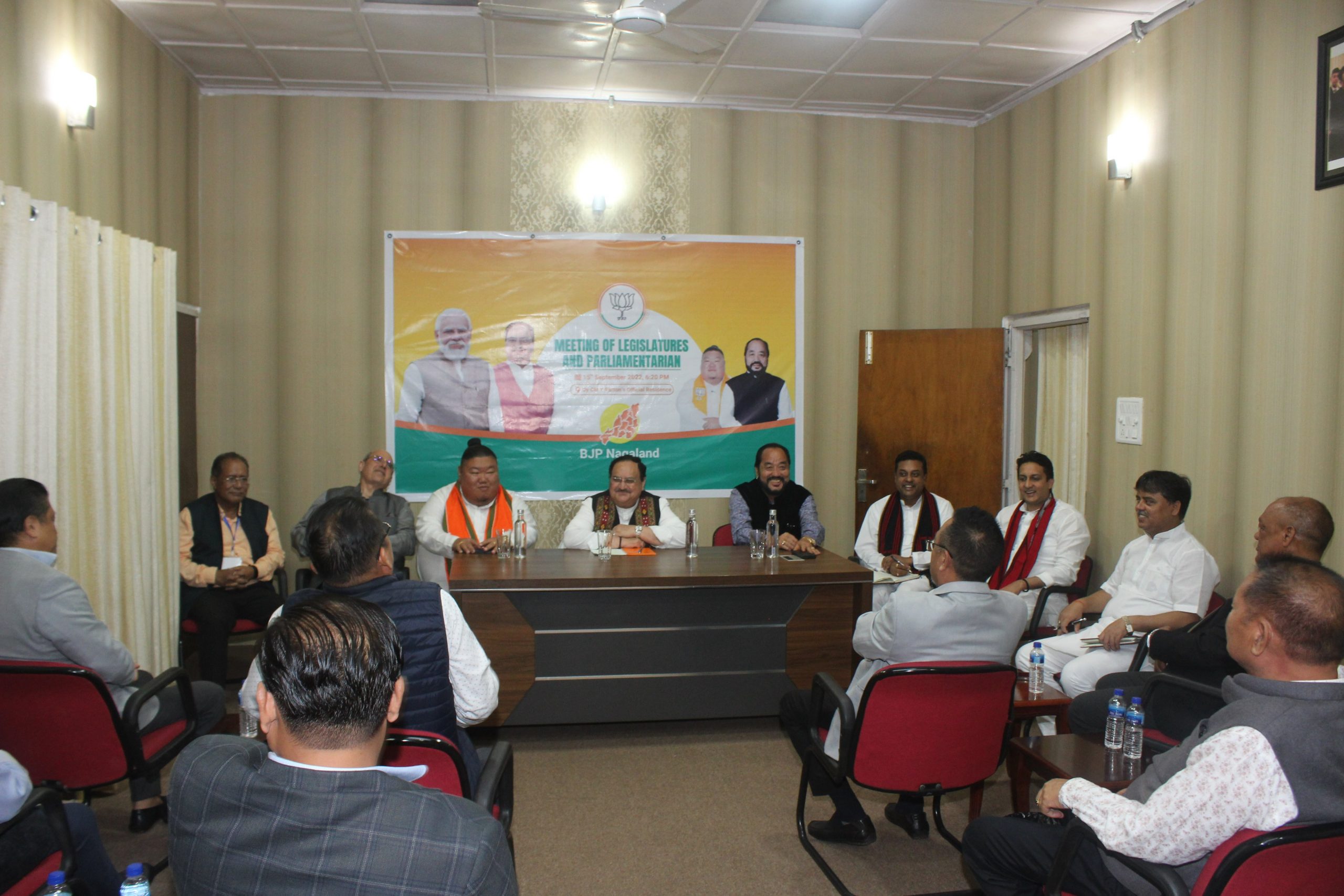 BJP national president JP Nadda concluded his 2-day visit to Nagaland today with a crucial meeting with the core committee members of Nagaland BJP in Dimapur.

The meeting assumes significance as it comes at a time when the BJP is finalising its poll strategies in the state where elections will be held early next year.

Party leaders who attended the meeting termed the discussion as fruitful.

Party strategies to be adopted for the ensuing polls were discussed in detail, sources said.

Earlier, upon arrival from Kohima to Dimapur, the BJP national president took part in an Autorickshaw Road Show accompanied by state BJP leaders and supporters.

Nadda also interacted with the general public during the unique autorickshaw road show.

Hundreds of BJP supporters took part in the roadshow from Dimapur airport to Niathu resort.

Earlier in the morning, The BJP National President paid a brief visit to the Cathedral Catholic church in Kohima before departing from the state capital for Dimapur.

During his tour of the Church, he was accompanied by State BJP president Temjen Imna Along.

With just over 5 months left for the General Assembly Elections, BJP National President JP Nadda sounded the poll bugle in the state yesterday during a rally at Wokha.

Nadda also urged the people of the state to ensure that the lotus blooms again.