After helping in the evacuation of more than 500 Indians from Afghanistan, Indian Air Force (IAF) transport aircraft have returned to their respective home bases in the country. The Indian 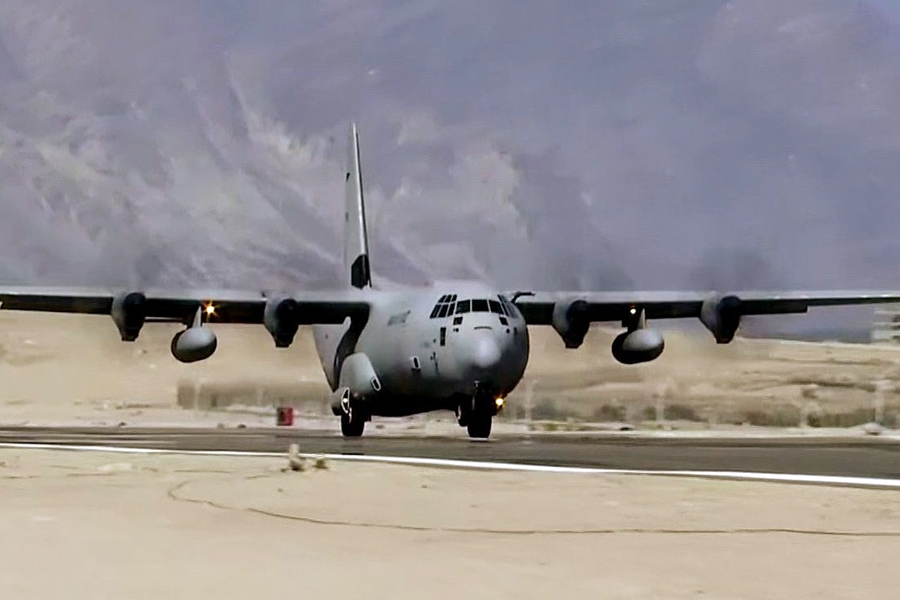 After helping in the evacuation of more than 500 Indians from Afghanistan, Indian Air Force (IAF) transport aircraft have returned to their respective home bases in the country.

The Indian Air Force had deployed its C-17 Globemasters and C-130J Super Hercules aircraft for evacuation operations of Indians stuck in Afghanistan, which is now under the reins of the Taliban.

“The C-17 and C-130J aircraft have returned to their respective bases after deployment in Tajikistan and Afghanistan for people stuck in Kabul and other cities of the war-torn country,” sources told ANI.

India had stationed a few of its planes in Dushanbe at the Ayni airbase there. A C-130J was also used to bring passengers from Kabul to Dushanbe from where they were flown back to India.

The operations after the takeover of Kabul by the Taliban were also carried out under extreme conditions as the runway had to be cleared for the plane to take off.

The Garud commandos of the Air Force had joined hands with the Indo-Tibetan Border Police (ITBP) personnel being evacuated from there to clear the path for allowing the C-17 to take off with the Indian officials including the Ambassador there, sources said.

“Aircraft from Air India were also used for bringing back people from Afghanistan to India. We have evacuated over 550 people in six separate flights, either from Kabul or Dushanbe. Of these, over 260 were Indians. The government of India also facilitated the evacuation of Indian nationals through other agencies. We were in touch with various countries, like the US, Tajikistan,” a Foreign Ministry spokesperson had stated a couple of days ago.

The Ministry of External Affairs (MEA) has said that the Indian government is committed to the safe return of all Indian nationals from Afghanistan.

Afghanistan’s situation is worsening as people are in rush to leave the nation after the Taliban seized control earlier this month. On August 15, the country’s government fell, soon after President Ashraf Ghani left the nation. (ANI)