India has set the goal of eradicating the Tuberculosis by 2025, Prime Minister Narendra Modi said on Monday, noting that the dateline is five years ahead of that set by 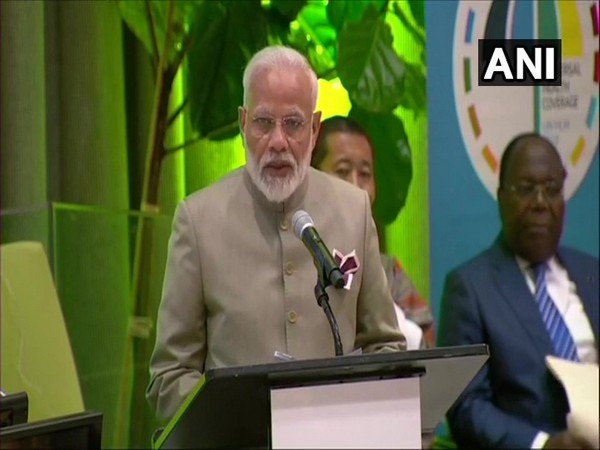 India has set the goal of eradicating the Tuberculosis by 2025, Prime Minister Narendra Modi said on Monday, noting that the dateline is five years ahead of that set by the United Nations under its sustainable development goals.

Addressing the high-level meeting on universal health coverage, Modi said, “Under the sustainable development goals, the deadline to eradicate the tuberculosis is 2030. In India, we have set this target under 2025. I am fully confident that we will be able to achieve this target.”

PM Modi said India’s efforts on affordable healthcare are not limited to just its own boundaries.

“We have helped to provide access to affordable healthcare through telemedicine to many countries, especially the African countries and we will continue to do the same in the future too”, he said

Modi highlighted four pillars of healthcare which are currently being focused on in India, namely, preventive healthcare with the focus on Yoga, Ayurveda, fitness, and immunization; affordable healthcare; improvement in supply-side and mission mode intervention.

“We have given special emphasis on Yoga, Ayurveda, and fitness. We are building more than 1.25 lakh wellness centres. It is helping to control lifestyle diseases like diabetes, depression,” the Prime Minister added at the event.

He also outlined India’s latest ban on e-cigarettes at the meeting. “The craze of e-cigarettes is a matter of concern. To save the young generation from this problem, India has banned e-cigarettes,” Modi stated.

“We implemented the world’s largest health assurance scheme – Ayushman Bharat Yojana under which 500 million poor are being given free health benefits up to Rs 5,00,000 every year. In the last 1 year, 4.5 million people were benefitted,” the leader also said.

Interestingly, Modi’s address at the high-level meeting coincides with the one-year anniversary of the Ayushman Bharat – Pradhan Mantri Jan Arogya Yojana (AB-PMJAY), which was launched by the Prime Minister on the very same day last year.