India reported a total of 81,484 new COVID-19 cases in the last 24 hours with 1,095 deaths, even as it sustained the steady trend of keeping active cases below the 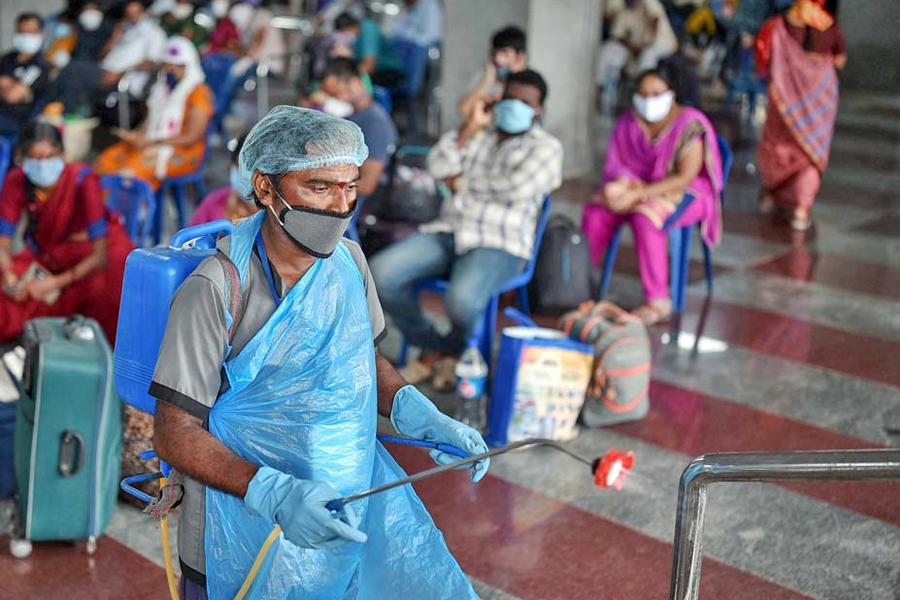 India reported a total of 81,484 new COVID-19 cases in the last 24 hours with 1,095 deaths, even as it sustained the steady trend of keeping active cases below the 10-lakh mark for the eleventh consecutive day, the Ministry of Health and Family Welfare (MoHFW) said on Friday. India also maintains its global position of being the country with the maximum number of recovered patients in the world.

An MoHFW statement added that of the 1,095 deaths registered in the past 24 hours, 83.37 per cent are from 10 states and UTs. Maharashtra had 36 per cent of fatalities with 394 deaths, followed by Karnataka with 130 deaths.

According to the statement, India’s steady trend of posting a high level of daily recoveries also continues. As many as 78,877 recoveries have been registered in the last 24 hours in the country, with the national recovery rate currently at 83.70 per cent.

As on date, the active cases contribute only 14.74 per cent to the positive caseload of the country. Maharashtra is leading the states’ tally with more than 2.5 lakh cases. Karnataka follows with more than 1 lakh cases.