India has exceeded the 140 tests per day for per million population, as advised by the World Health Organization (WHO) for comprehensive surveillance, of COVID-19 by nearly six times, said 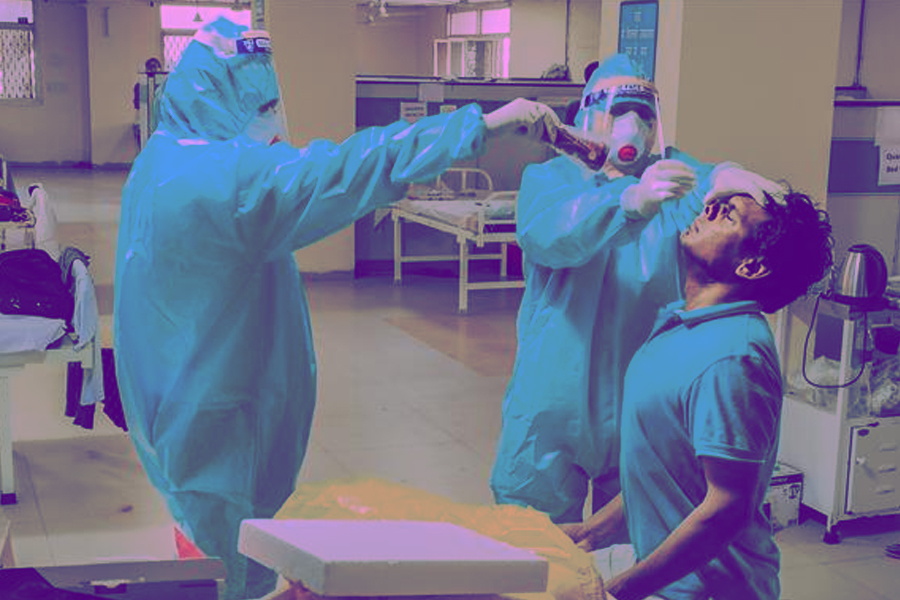 India has exceeded the 140 tests per day for per million population, as advised by the World Health Organization (WHO) for comprehensive surveillance, of COVID-19 by nearly six times, said the Ministry of Health and Family Welfare (MoHFW) on Monday.

“WHO in its Guidance Note on “Public Health Criteria to Adjust Public Health and Social Measures in the Context of COVID-19″ has advised that a country needs 140 tests/day/million population for comprehensive surveillance of suspected cases,” the MoHFW’s tweet read.

“India has exceeded 140 tests/day/million population as advised by WHO by nearly 6 times. Several States/UTs have demonstrated better performance than the national average,” it added.

The MoHFW further said that many Indian states and Union Territories (UTs) are performing significantly better than even the national average in conducting tests.

As per a graph shared by the Union Health Ministry, India is performing 828 tests per day per million population, as per the latest data.

Meanwhile, Rajasthan with 280 tests being conducted per day per million population is at the bottom of the list.