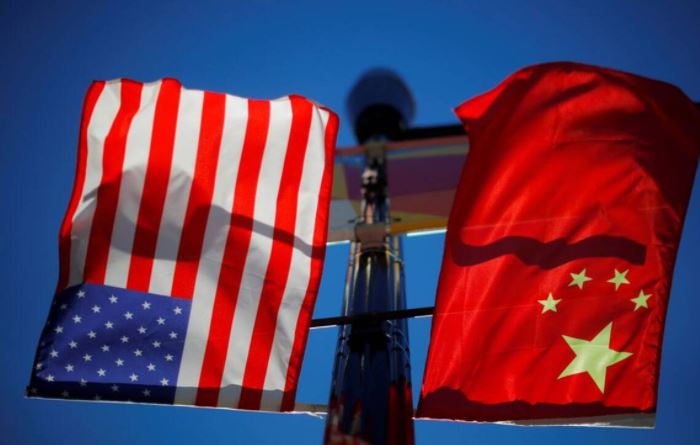 As part of the actions taken on Human Rights Day the US imposed its first sanctions on North Korea under the Biden administration and imposed sanctions against Myanmar military entities, among others.

“Our actions today, particularly those in partnership with the United Kingdom and Canada, send a message that democracies around the world will act against those who abuse the power of the state to inflict suffering and repression,” Deputy Treasury Secretary Wally Adeyemo said in a statement.

China’s embassy in Washington denounced the US move as “serious interference in China’s internal affairs” and a “severe violation of basic norms governing international relations.” Embassy spokesman Liu Pengyu said it would do “grave harm to China-US relations” and urged Washington to rescind the decision.

The measures are the latest in a raft of sanctions timed to coincide with Biden’s two-day virtual Summit for Democracy, where he announced initiatives to bolster democracy around the world and support for pro-democracy legislation in the United States.

Biden said on Friday that commitments made by some of the more than 100 world leaders at the summit would push back against rising autocracy around the world, fight corruption and promote human rights.

“This is going to help seed fertile ground for democracy to bloom around the world,” he said in a speech closing the summit. The Treasury on Friday added Chinese artificial intelligence company SenseTime to a list of “Chinese military-industrial complex companies,” accusing it of having developed facial recognition programs that can determine a target’s ethnicity, with a particular focus on identifying ethnic Uyghurs. As a result, the company will fall under an investment ban for US investors.