Incessant rainfall have triggered flood-like situation in several districts of Arunachal Pradesh, causing damage to crops and infrastructure, besides affecting normal life on Friday. The water level of various rivers 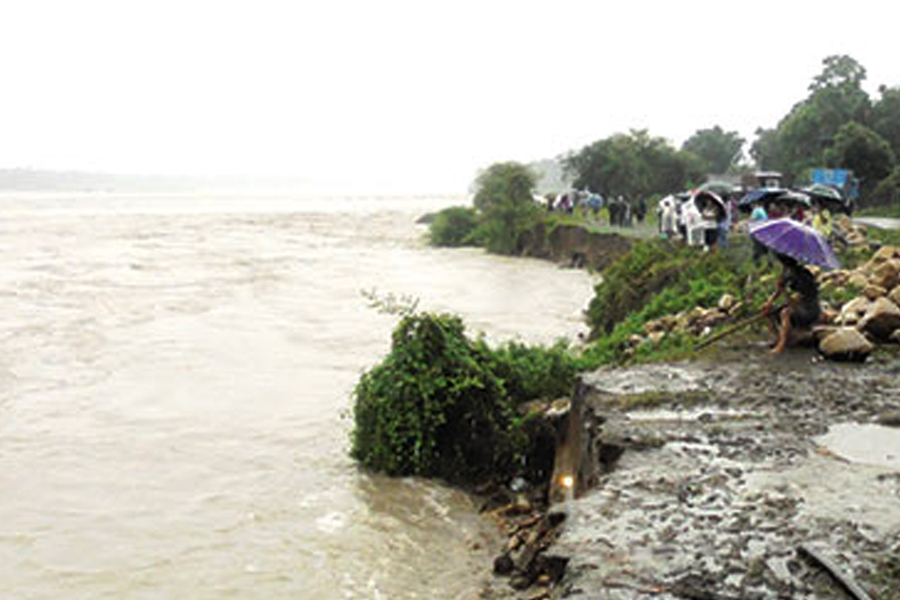 The water level of various rivers in Siang district rose with reports of largescale damage to agriculture and horticulture crops, including bamboo groves.

Pangin-Boleng MLA Ojing Tasing said he is in constant touch with the district administration to ensure immediate restoration of essential services and communication lines.

The GREF (General Reserve Engineer Force) labour camps in the area were evacuated and 550 people were shifted to Government Higher Secondary School in Boleng, officials said.

Residents of low-lying areas were asked to remain vigil in the wake of the rising water level, they said.

The Bailey bridge at Suple village, connecting six upstream villages of the district, was washed away, they added.

Power transmission lines were also destroyed in many areas of the district, they said.

The rising water level of Siang also triggered massive erosion along the left bank of the river in Lower Mebo villages such as Borguli, Seram, Kongkul, Namsing Gadum and Mer, they said.

The rising water level of Siang is posing a serious threat to the rural areas of the Mebo subdivision, he said.

The girls’ hostel of Borguli Higher Secondary School was washed away by the river, while the festival ground at Borguli eroded. Massive erosion was continuing in Sigar and Borguli villages, he said.