Home  ⁄  topnews   ⁄   Happy Birthday: Here’s why Farhan Akhtar is known as man of many hats

Happy Birthday: Here’s why Farhan Akhtar is known as man of many hats

Farhan Akhtar is a man who wears many hats. From making his directorial debut with the film ‘Dil Chahta Hai’ in the year 2001 the audience has seen him in 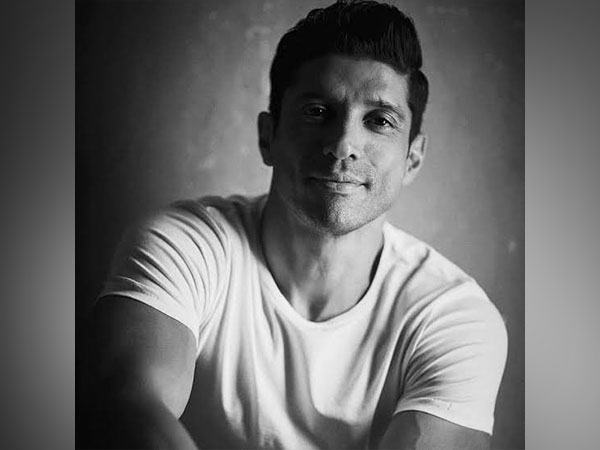 Farhan Akhtar is a man who wears many hats. From making his directorial debut with the film ‘Dil Chahta Hai’ in the year 2001 the audience has seen him in different shades. As he turns a year older on Monday, let’s have look at his multiple talents.
Not only with his filmmaking, but Farhan has also impressed the audience with his amazing acting skills and fantastic singing.

He marked his acting debut in the year 2008 with the musical drama film ‘Rock On!!’ in which he also showcased his singing talent and lent his voice to the super hit tracks of the film like ‘Socha Hai’, ‘Pichle Saat Dino Mein’ and the title track of the film and received a lot of appreciation for his performance.

Apart from these he also has other chartbuster tracks by his name like ‘Senorita’, ‘Gallan Goodiyan’, ‘Atrangi Yaari’, ‘Manzar Naya’ and many more.

Talking about his acting front, the actor has delivered some outstanding performances in films like ‘Bhaag Milkha Bhaag’, ‘Toofan’, ‘Wazir’, ‘Karthik Calling Karthik’, and ‘The Sky is Pink’ among others.
Helmed by Rakeysh Omprakash Mehra ‘Bhaag Milkha Bhaag’ was based on the life of Indian athlete Milkha Singh and was declared a blockbuster hit.

Farhan received the IIFA and the Filmfare awards for his performance in the film.

He also marked his Hollywood debut with the web show ‘Ms Marvel’ in which he had a guest appearance role. The show premiered exclusively on the OTT platform Disney+ Hotstar.
On his directorial front, he has helmed critically acclaimed films like ‘Dil Chahta Hai’, ‘Lakshya’, ‘Don’, and ‘Don 2’.

He will be getting back to the director’s chair after almost 11 years with an upcoming female-oriented road trip film ‘Jee Le Zara’ which will feature Alia Bhatt, Priyanka Chopra and Katrina Kaif in the lead roles. He announced the film in 2021.

Apart from these, he also served as a producer for superhit films like ‘Fukrey’, ‘Fukrey Returns’, ‘KGF’, ‘KGF 2’, ‘Gully Boy’,’Gold’ and many more.(ANI)

Also Read : “Proud of amazing movies that come out of Indian cinema: Priyanka on hosting screening of ‘Chhello Show’