Golden Globe: Did you know RRR’s ‘Naatu Naatu’ was shot outside residence of Ukraine President Zelenskyy?

Many may not be aware that RRR’s Naatu Naatu song, which won a Golden Globe trophy, has a special Ukrainian connection.Yes, you read it right. ‘Naatu Naatu’ was shot in 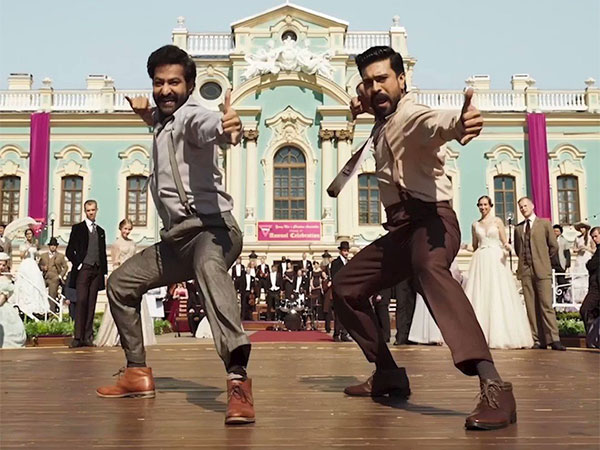 Many may not be aware that RRR’s Naatu Naatu song, which won a Golden Globe trophy, has a special Ukrainian connection.
Yes, you read it right.

‘Naatu Naatu’ was shot in August 2021 in Ukraine and that too outside Ukraine President Volodymyr Zelenskyy’s official residence.
The track was filmed a few months before the Russian invasion of Ukraine.

During the promotions of ‘RRR’ in March 2022, the film’s director SS Rajamouli recalled shooting for the song in Ukraine and also expressed sadness over the Russian-Ukraine war.

“We had gone there to shoot some crucial scenes. When we were shooting, I had no idea about the issues that have now escalated into a war. It was only after I returned and looking at things now, did I understand the seriousness of the issue,” Rajamouli was quoted as a saying.

Meanwhile, on Tuesday night, Zelensky appeared virtually at the Golden Globe Awards to tell everyone that “there will be no third World War” as the tide turns in Ukraine’s conflict with Russia, the Hill reported.
Zelensky highlighted the award show’s origins back in 1943, during World War II, and said Ukraine’s fight against Russia’s invasion symbolizes “the struggle for the right of the new generations to know about the war only from movies.”

“The war in Ukraine is not over yet, but the tide is turning and it is already clear who will win… We will make it together with the whole free world and I hope that all of you will be with us on the victorious day the day of our victory,” Zelensky said.

Zelenskyy’s Golden Globes appearance comes one week after the White House committed to sending USD 3.75 billion in military aid to Ukraine and adjacent NATO countries — the largest assistance package to date from the US amid the ongoing Russian invasion of Ukraine.

Last year Zelensky had made a surprise appearance at the Grammys appearing virtually from a bunker and continues to speak at public events advocating for his country in its fight against Russia. (ANI)