With the advent of monsoon, flash floods have hit various parts of the region, disrupting normal life and even displacing hundreds. From Manipur capital Imphal to remote parts of Mizoram 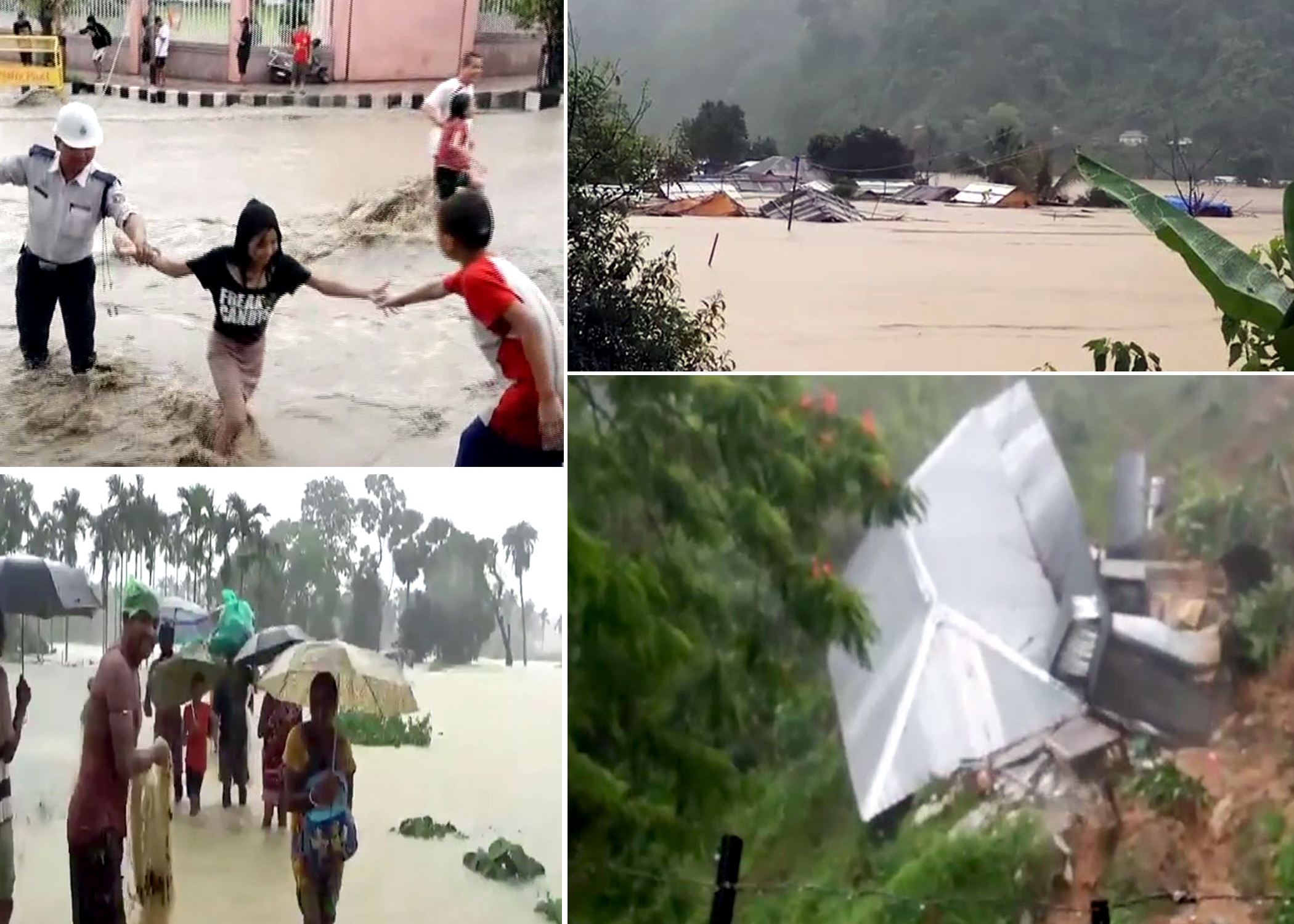 With the advent of monsoon, flash floods have hit various parts of the region, disrupting normal life and even displacing hundreds. From Manipur capital Imphal to remote parts of Mizoram and Tripura, landslides and floods have thrown normal life out of gear.

Thousands of people in Tripura have been forced to evacuate their homes due to heavy rains and have been taking shelter in six different relief camps in the state.

Meanwhile, National Disaster Response Force (NDRF) has deployed its search and rescue teams to ensure prompt response during floods in different parts of the state.

Torrential rainfall in Mizoram in the last few days has caused massive landslides and flash floods in several parts of the state. In Mizoram, more than 100 houses in Tiperabagh, 70 houses in Serhuan village and 30 houses in Tlabung towns are under waist-deep water.

The government in fact declared a two-day holiday after landslides blocked roads and caused large-scale destruction. Flooding has also been reported in Lunglei and Aizwal districts.

The showers have damaged crops, roads, electrical lines and pavements. Reportedly, a mudslide has obstructed access to the Lengpui Airport.

Incessant rains have alsd triggered landslides and flash floods in some parts of Manipur throwing normal life out of gear. The Churachandpur-Henglep road is almost knee deep in
slippery mud, making it dangerous for vehicles to ply.

Apart from mud, mountain springs are also running across the mountain roads. Rains have also hampered the multi-crore project of Manipur Government that was meant to dredge the river beds in the state.