Temperatures in Russia's Yakutsk in east Siberia have plunged to -62.7 degrees Celsius, making it the coldest day in Russia in more than two decades. 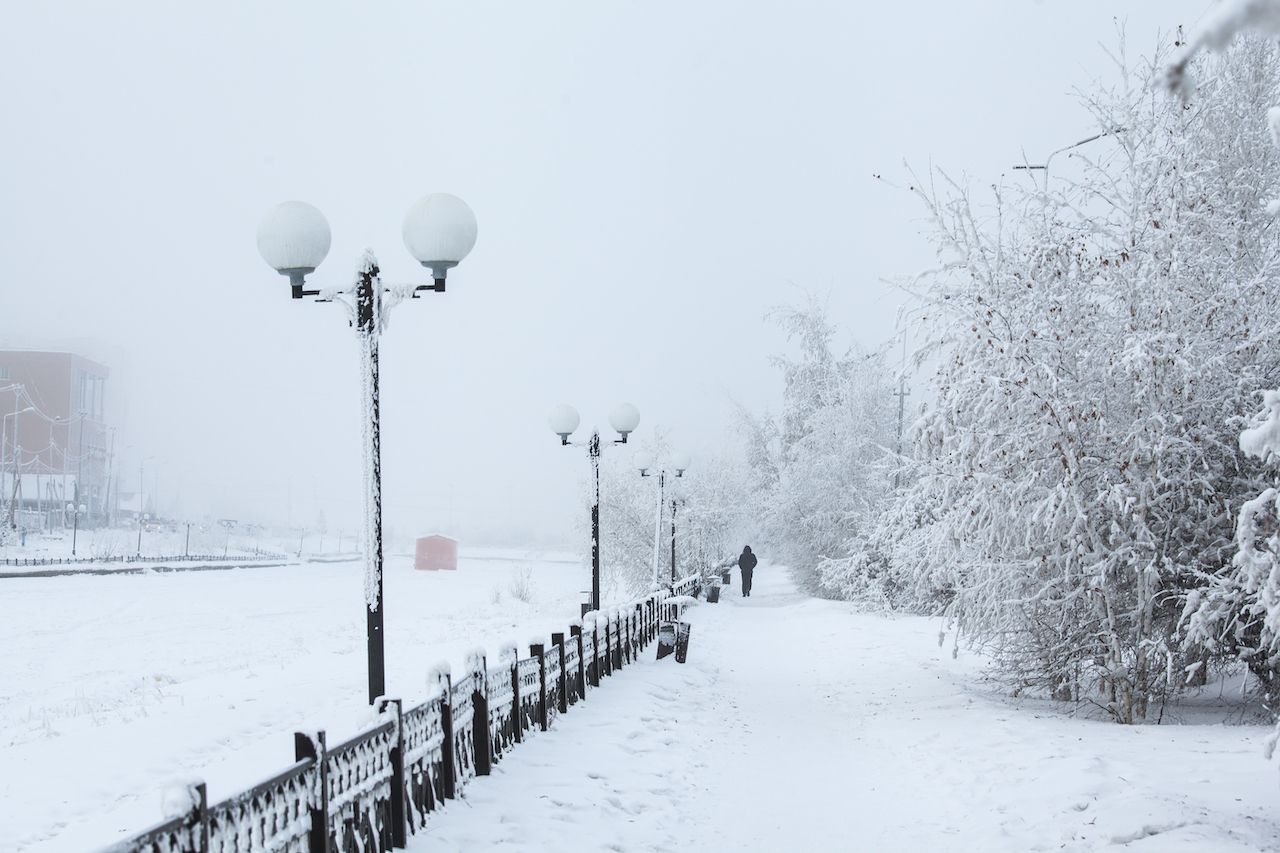 Temperatures in the world’s coldest city, Yakutsk in east Siberia, have dropped to minus 62.7 degrees Celsius just two days after the city’s previously set record of minus 50 degrees Celsius. People are braving extreme cold as Siberia is currently going through some dangerously cold weather.

Temperatures in Siberia have dropped as low as -62.7°C (-80.9°F), making it the coldest day in Russia in more than two decades, meteorologists were quoted by BNO news as saying. Large parts of Russia are currently experiencing record low temperatures.

The weather agency in Russia’s Yakutia region said a temperature of -62.7 degrees Celsius was recorded at Tongulakh at 9 am on Wednesday, breaking the station’s all-time low for the third time this month, the report said.

Although most people are used to freezing temperatures, residents in remote areas are taking extra precautions to keep them warm.

“You can’t fight it,” one resident dressed in two scarves and multiple layers of gloves, hats and hoods told Reuters. “You either adjust and dress accordingly or you suffer.”

Another resident selling frozen fish at a local market said, “Just dress warmly. In layers, like a cabbage,” she said.

This is the lowest temperature Russia has recorded since February 2002 and January 1982. It’s also the coldest temperature on Earth so far this year, BNO news said in a report.

In Yakutsk, home to fewer than 1 million residents, people braved the extreme temperatures and jumped into ice cold water to mark the Christian Orthodox day of Epiphany, which commemorates the baptism of Jesus Christ.

In 2018, it got so cold that some residents said their eyelashes froze. In July, Yakutsk was in the news when haze from nearby wildfires tore through forests and blanketed the region on thick smoke.

Scientists expressed grave concerns about the increasing frequency of the fires brought about by climate change in the Siberian arctic.