Political parties urged the ECI to take measure to ensure a peaceful, free and fair election so that people can vote peacefully 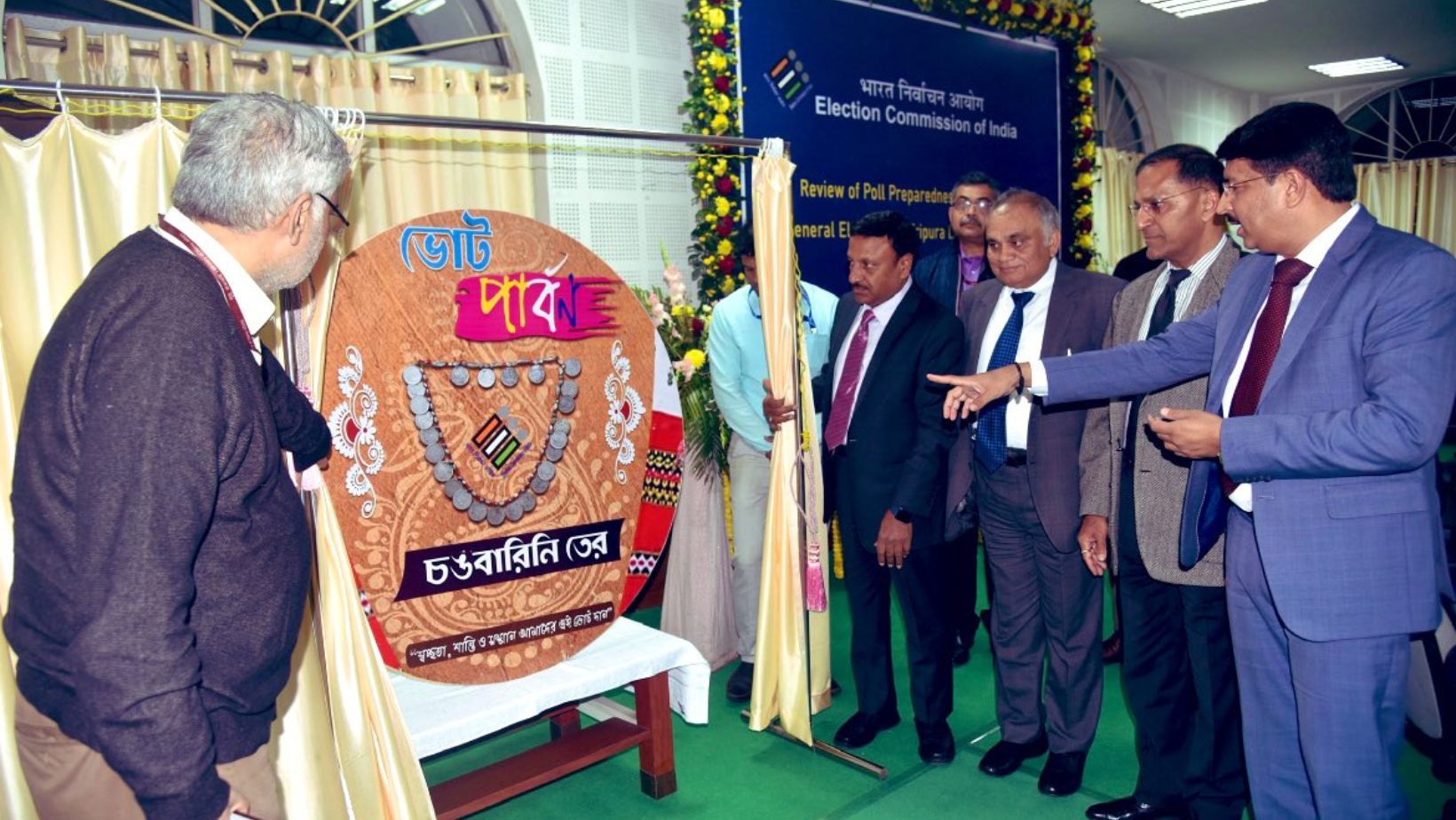 By Pinaki Das
A team of Election Commission of India (ECI) led Chief Election Commissioner Rajiv Kumar, arrived in Agartala on a two-day visit to poll-bound Tripura to review the poll preparedness of the state.
The ECI team with two Election Commissioners of India – Anup Chandra Pandey and Arun Goel, met representatives of various political parties including the ruling BJP and its ally IPFT, opposition CPIM, Congress, TMC, and CPI.
All parties wanted the ECI to take adequate measures to ensure a free and fair poll so that everyone can cast their vote peacefully.

The opposition parties voiced concerns about the prevailing law and order situation and alleged that since the time BJP came to power in Tripura in March 2018 there has been a lot of political violence.
Later in the evening the ECI team, in presence of Tripura CEO Kiran Gitte, met the DMs and SPs of all eight districts and the nodal officers of various enforcement teams.

The ECI team is scheduled to review poll preparations with the Chief Secretary, Director General of Police and state government officials tomorrow.
ECI also released the logo and mascot for the coming assembly polls scheduled to be held in February or early March.