Ukraine said it had shot down all Russian drones in a massive wave of attacks, after Moscow launched an unprecedented third straight night of air strikes against civilian targets, intensifying 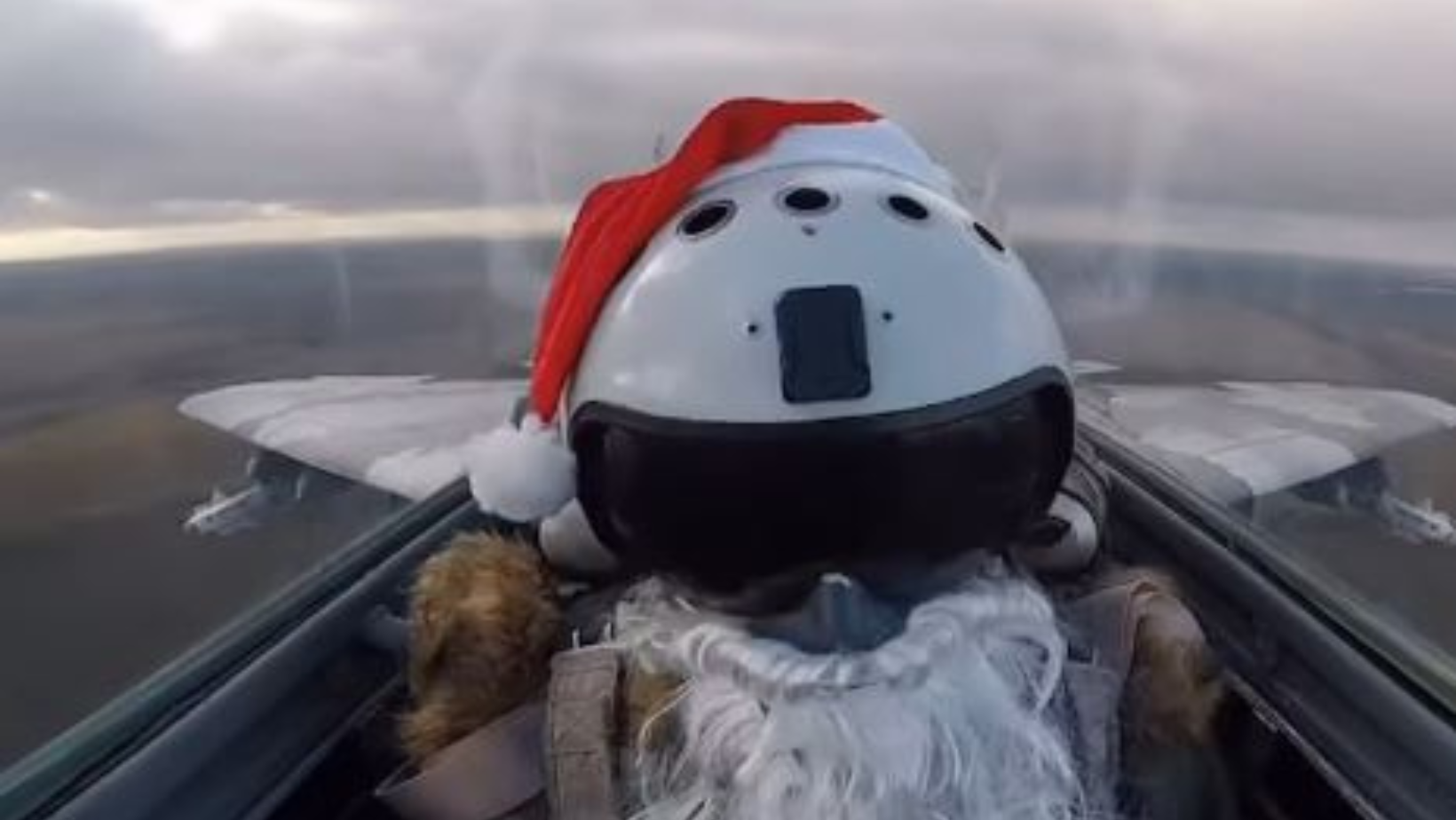 A viral video shared on social media showed a Ukrainian fighter pilot, dressed as Santa, firing at what are likely to be Russian targets.

The Ukrainian MiG-29 fighter jet, in a video posted by Ukraine_defence, can be seen striking at targets with US-integrated AGM-88 HARM air-to-surface anti-radiation missiles.

The caption of the video reads, “A Ukrainian Air Force MiG-29 makes a standoff SEAD strike with a pair of US-integrated AGM-88 HARM air-to-surface anti-radiation missiles. The MiG is armed with two AGM-88s on the inside hardpoints and two R-73 short-range air-to-air missiles on the outer hardpoints.”

The video went viral at a time Ukraine has been reeling under attacks by Russian drones, after Moscow launched an unprecedented third straight night of air strikes against civilian targets, intensifying its air war for the New Year holiday. After firing dozens of missiles on December 31, Russia launched dozens of Iranian-made Shahed drones on January 1 and January 2. But Kyiv said on Monday it had shot down all 39 drones in the latest wave, including 22 shot down over the capital.

Meanwhile, last month, a Ukrainian pilot who shared a photo of his bloodied face after ejecting from his damaged fighter jet was honoured with the ‘Hero of Ukraine’ title by President Volodymur Zelenskyy, according to reports.

Also Read : Trailer of first feature film shot in space looks out of this world | Watch