As cyclone Tauktae furthers closer into the Indian West Coast, the Central Water Commission (CWC) on Saturday issued an ‘orange bulletin’ for Kerala and Tamil Nadu, predicting a severe flood 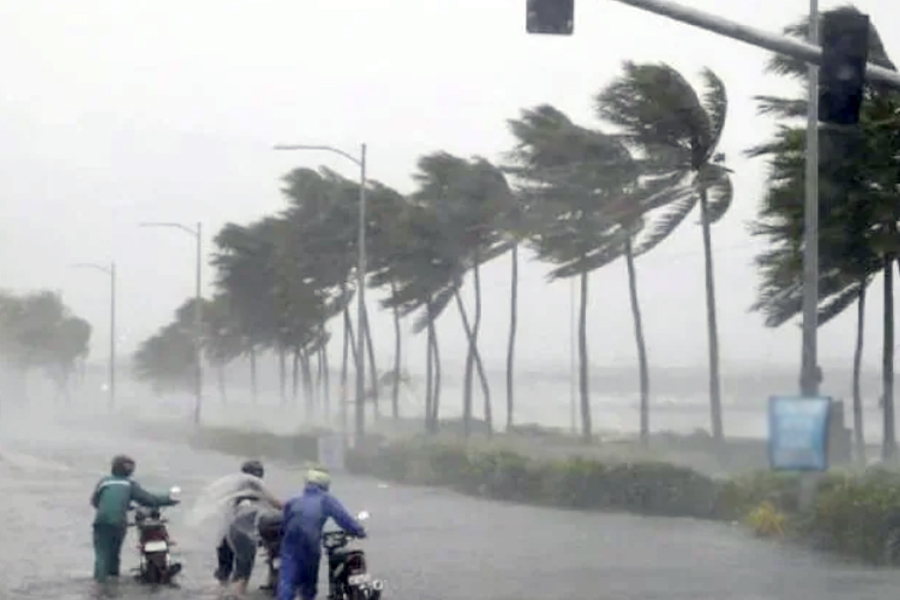 As cyclone Tauktae furthers closer into the Indian West Coast, the Central Water Commission (CWC) on Saturday issued an ‘orange bulletin’ for Kerala and Tamil Nadu, predicting a severe flood situation in the two states.

As of 8 am today morning, rivers Manimala, Achankovil in Kerala and Kodaiyar in Tamil Nadu continued flowing in ‘Severe situation’, all three above their danger levels.

On Friday night, the India Meteorological Department had informed that the low-pressure area over the Arabian Sea near Lakshwadeep had intensified into a deep depression and will intensify into a cyclonic storm in the following 12 hours.

“Deep Depression intensified into a Cyclonic Storm “Tauktae” (pronounced as Tau’Te) over Lakshadweep area and adjoining southeast and east-central the Arabian Sea: Cyclone watch for south Gujarat and Diu coasts”, the IMD had tweeted.

A tweet by the Spokesperson of the Indian Navy, also confirmed “#CycloneTauktae-Update 1-Deep depression 240 Nm NW off Kochi on 14th evening very likely to intensify into a cyclonic storm Tauktae by 15th morning.”

The cyclone is likely to impact areas including the coast of Kerala, Karnataka, Lakshadweep, Goa, and Maharashtra.

The IMD had also predicted that the cyclone would hit the Gujarat coast by May 18 morning.

“Deep Depression over Lakshadweep area and adjoining southeast and east-central Arabian Sea about 55 km north-northwest of Amini Divi. To intensify into a Cyclonic Storm during the next 12 hours. To move north-northwestwards and reach near Gujarat coast by 18th May morning”, tweeted the IMD.

National Disaster Response Force (NDRF) officials had assured on Friday that they were well prepared for cyclone Tauktae and 53 teams had been committed, 24 teams pre-deployed, and 29 teams were on standby-ready for the 5 most vulnerable states.

Kerala Chief Minister Pinarayi Vijayan too said that the state has put in place all precautionary measures to face any calamity arising out of the cyclonic storm Tauktae.

Five districts in Kerala had been put under red alert by the IMD on Friday- Thiruvananthapuram, Kollam, Pathanamthitta, Alappuzha and Ernakulam.

“According to the IMD, the low-pressure area in the south-eastern Arabian Sea has intensified into a severe depression. Even though Kerala is not in the predicted path of the cyclone, heavy rains, strong winds and strong sea gusts are expected in the State till May 16,” Vijayan said in a press briefing.

He further said that nine teams of the National Disaster Response Force (NDRF) have been deployed as a precaution. (ANI)