In a first, the BJP has made an all-out attack on the NPP, its 5-year ally in Manipur. NEDA convener and BJP top gun Dr. Himanta Biswa Sarma tore into 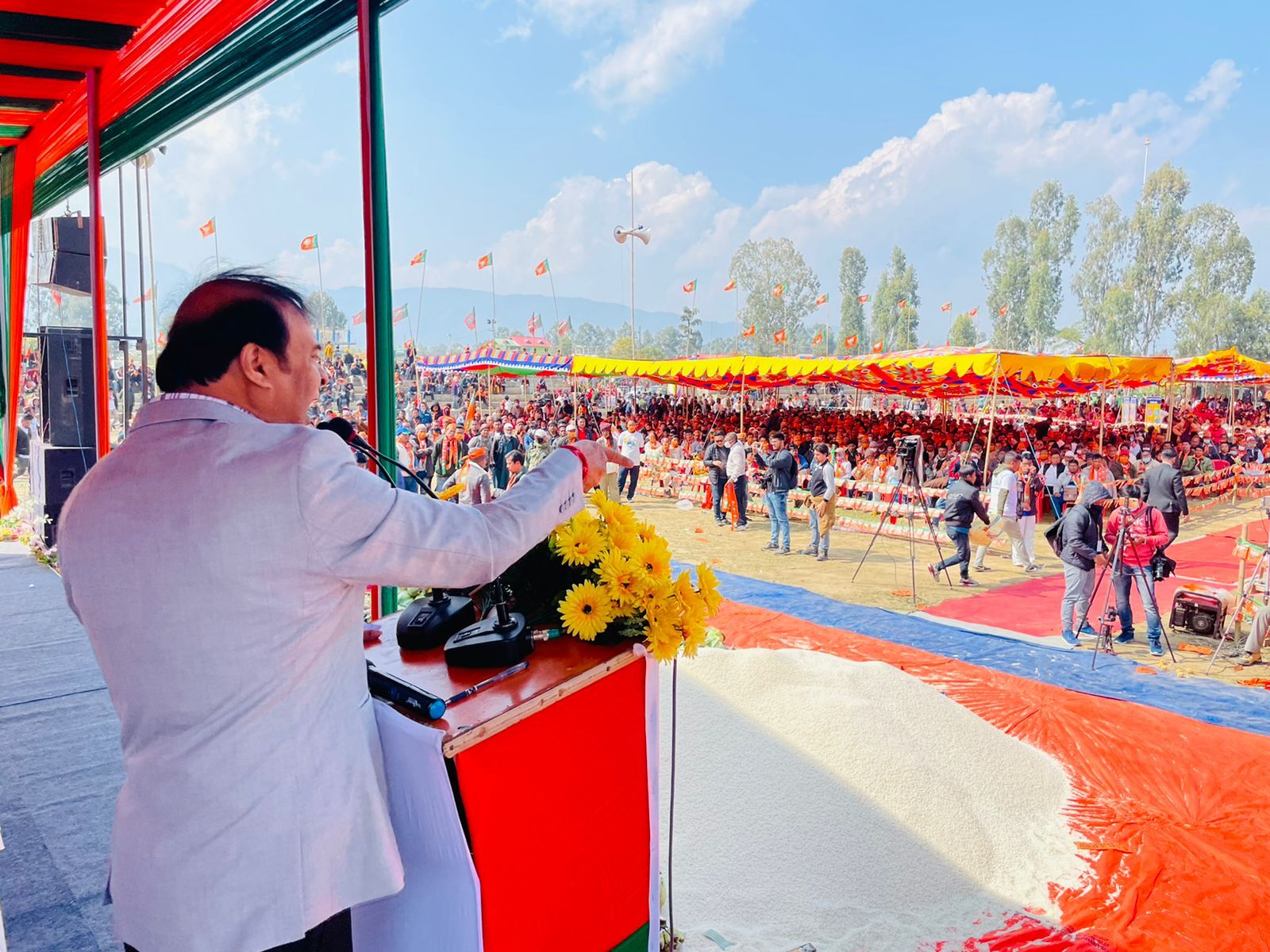 In a first, the BJP has made an all-out attack on the NPP, its 5-year ally in Manipur. NEDA convener and BJP top gun Dr. Himanta Biswa Sarma tore into the Conrad Sangma-led party calling it irrelevant.

Not only this, Dr. Sarma also made it clear that the NPP will not be a part of the next government in Manipur.

In no mood to relent today, Himanta Biswa Sarma, who was attending the flag hoisting ceremony for BJP candidate M Prithviraj Singh in Moirang, said that it was the BJP that provided ministerial berths to the NPP leaders and has no say in the Centre.

This unprecedented attack on the NPP by the BJP comes at a time when the Conrad Sangma led party had been making constant claims of emerging single largest in Manipur and even going to the extent of targeting CM N Biren Singh over governance.

This was the first of its kind attack on the NPP in a BJP rally in Manipur and comes from none other than the saffron party’s top strategist for the Northeast, Himanta Biswa Sarma. What could have triggered the same? Has the NPP’s provocation of the BJP crossed the limit? Well, right since its decision to go alone in the ensuing assembly polls, the NPP has been extremely critical of the BJP.

Senior state NPP leaders like Y Joykumar Singh have also been critical of Chief Minister N Biren Singh going to the extent of accusing a complete lack of governance in Manipur in the last 5 years. Not only this, the NPP has constantly maintained that it would emerge as the single largest party in the state and that the BJP was losing sleep over its growing popularity. Not only this, certain NPP candidates have also been accusing their BJP rivals of orchestrating pre-poll violence. The NPP’s open indication that it was keeping all its post-poll options open, could have been another trigger.

And it was not just NEDA convener and top BJP leader Himanta Biswa Sarma but Manipur Chief Minister N Biren Singh has also made it clear that the saffron party won’t ally with the NPP.

In an explosive revelation, Chief Minister N Biren alleged that NPP veteran and Deputy Chief Minister Y Joykumar was removed from the cabinet during his term due to rampant irregularities and corruption in the finance department.

Speaking to Northeast Live Editor in Chief Wasbir Hussain, Chief Minister N Biren Singh said that it was due to Joykumar’s alleged corrupt practices that the BJP decided not to ally with the NPP this time.