The degree was presented to him by Satya Pal Malik, Governor of Meghalaya at the 8th Convocation Ceremony of University of Science & Technology (USTM). 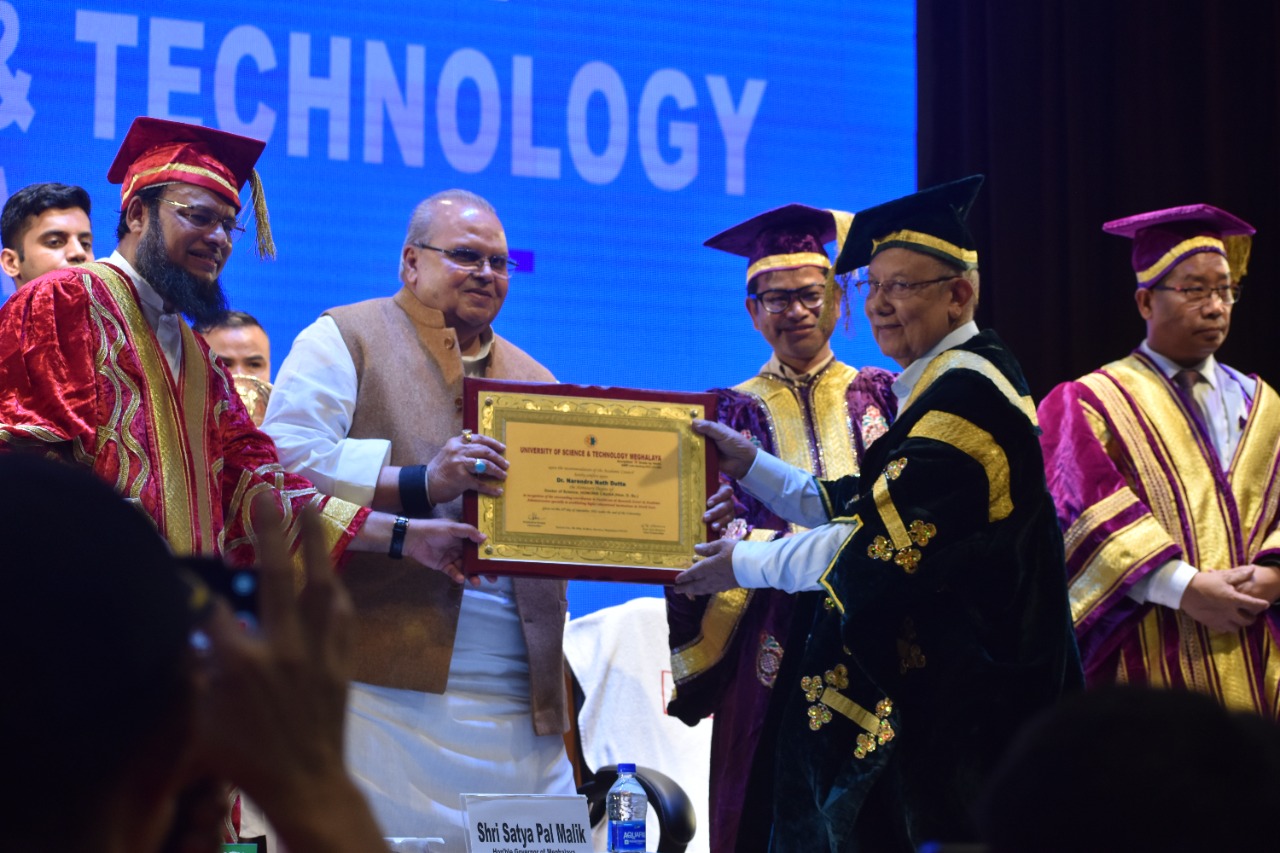 Dr NN Dutta, Founder Chancellor of Assam down town University was bestowed upon with the Honorary Degree of Doctor of Science – Honoris Causa (Hon. D.Sc.)  in recognition of his pioneering efforts in transforming higher education in the North East and outstanding contribution in the field of Healthcare & Research Sector, and Academic Administration.

The degree was presented to him by Satya Pal Malik, Governor of Meghalaya at the 8th Convocation Ceremony of University of Science & Technology (USTM)

Dr N.N. Dutta has been a catalyst in transforming the private education and healthcare sector in the region. Apart from being the Founder Chancellor of AdtU, Dr Dutta is also the Chairman and Managing Director of down town hospital Ltd, and Chairman of down town Charity Trust.

The down town Hospital which Dr Dutta established in the year 1989 was the first private hospital in North East India and the first to be accredited by National Accreditation Board for Hospitals & Healthcare Providers (NABH). The hospital has also been running the downtown School of Nursing since 1992, which is one of the oldest Nursing Schools established in the State of Assam.

The down town hospital was awarded the “Best Hospital” in the North East by Times Business Award 2019. The down town Charity Trust (dtCT) was formed under his leadership with the mission to promote various social, educational and charitable activities.

The Assam down town University (AdtU) was established in the year 2010 under the Assam Private Universities Act, at Panikhaiti, Assam. AdtU was ranked in the tenth position amongst the top 50 private universities established after 2000 by India Today in 2017.

The downtown Group is further expanding into school education with two schools, the downtown school, Guwahati, and downtown Gurukul, Moranhat already functioning and a third in progress.

The list of awards and recognitions to Dr N.N. Dutta is extensive and includes felicitations from the Indian Medical Association which conferred him with “The Academic Entrepreneurship Excellence Award” 2021, for his contribution to the wellness and growth of the academic atmosphere in the country; Lifetime Achievement Award, 2020 by Srimanta Sankaradeva University of Health Sciences, Assam; Lifetime Achievement Award, 2021 by Dr B Borooah Cancer Institute for his outstanding contribution in the Healthcare Sector; the Son of the Soil Award from the then Chief Minister of Assam Sarbananda Sonowal for his exemplary services in the field of Private Sector Development among several others.