CMs of both states would be holding talks in Delhi to find an amicable solution to the long-standing interstate boundary dispute. 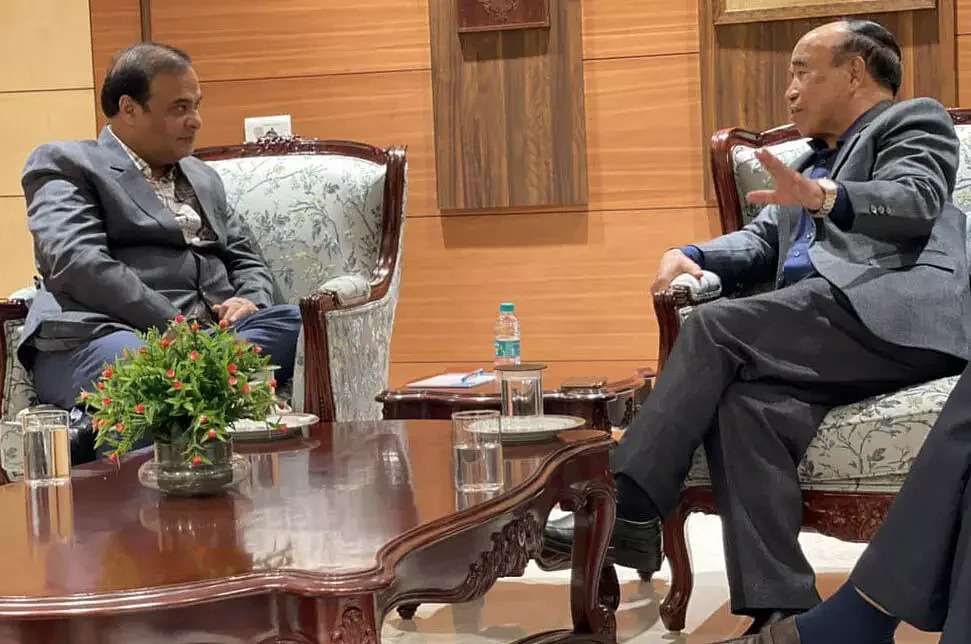 In a big development, Mizoram chief minister Zoramthanga and his Assam counterpart Himanta Biswa Sarma are all set to hold talks on the inter-state boundary issue on September 19 in New Delhi.

CMs of both states would be holding talks in Delhi to find an amicable solution to the long-standing interstate boundary dispute between the two neighboring states, sources close to CM Zoramthanga said.

Rosangzuala, an officer on special duty or OSD to the state chief minister informed that CM Himanta Biswa Sarma arrived in Delhi on Thursday while Zoramthanga had already reached the national capital on Tuesday.

It may be reminded here that Mizoram chief minister Zoramthanga back on August 10 said that he and his Assam counterpart Himanta Biswa Sarma would hold talks in Delhi soon to find a lasting solution to the decades-old interstate border dispute between the two neighboring states.

Delegations of the two states which met in Aizawl back in August would also meet again sometime in October, as was agreed during the negotiations, CM Zoramthanga added.

The talks between the two chief ministers would be the second round of talks on the inter-state border dispute as they had held negotiations on November 26 last year in the presence of the Union Home Minister Amit Shah.

Negotiations to solve the border issue between Mizoram and Assam were sped up after a violent clash between police personnel of the two states resulted in the deaths of five Assam policemen on July 26 last year.