Located at the bank of the Gadadhar River, the Hawa Mahal bears testimony of the countless compositions of Pratima Pandey Baruah, the doyen of Goalparia folk music. 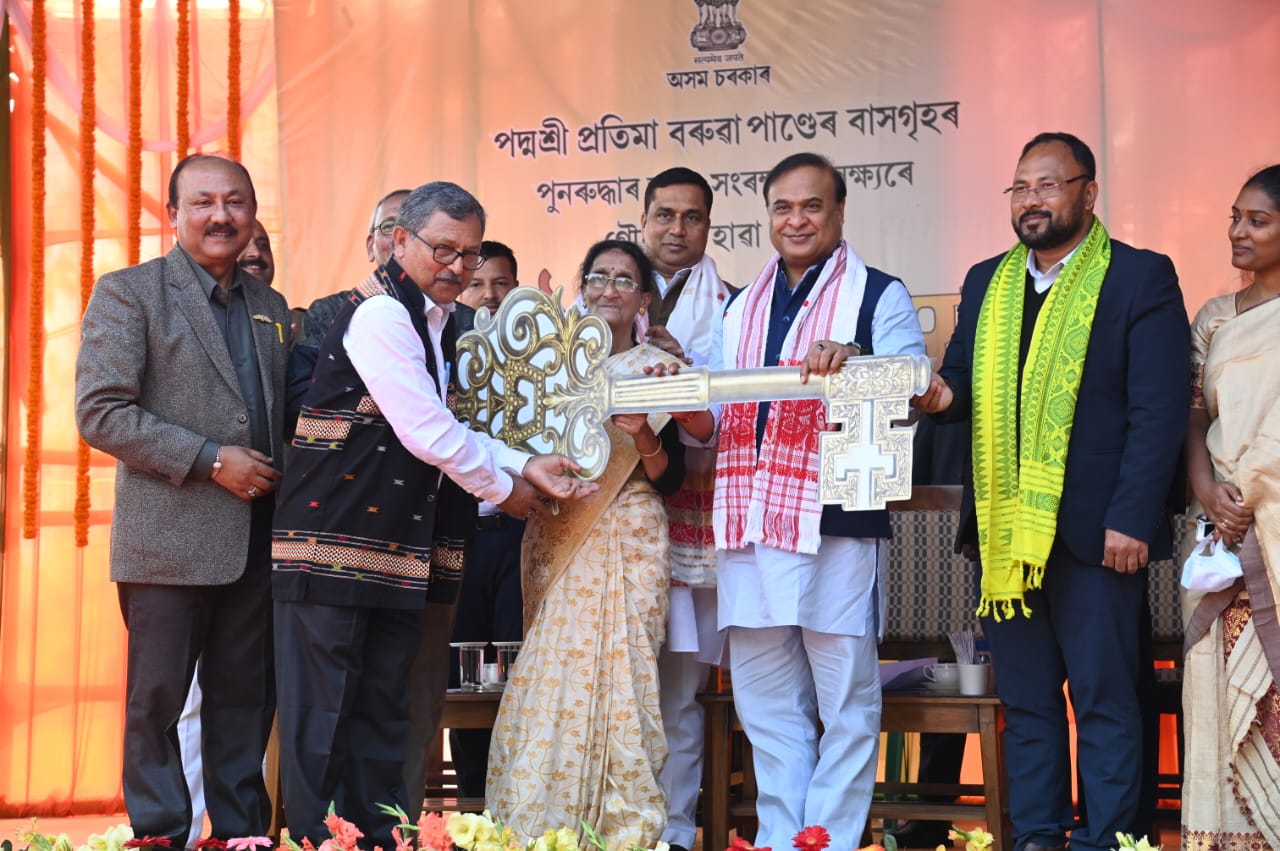 Hawa Mahal, the Pride of the Royal Family at Gauripur in Assam’s Dhubri district from now onwards will be taken care of by the Assam government. Chief Minister Himanta Biswa Sarma ceremonially took over the authority of Hawa Mahal, which was built by Prabhat Chandra Baruah in a ceremony held today.

Located at the bank of the Gadadhar River, the Hawa Mahal bears testimony of the countless compositions of Pratima Pandey Baruah, the doyen of Goalparia folk music.

Addressing a public meeting on the sidelines of the event, Chief Minister said converting Hawa Mahal into a heritage monument and a museum would be an appropriate tribute towards the “empress of Goalparia lok sangeet” as he appreciated her extraordinary works in the field of art and music.

Stressing that the lack of scientific approach in preserving Hawa Mahal and items associated with were leading to its gradual decay and destruction, the Chief Minister exuded confidence thats today’s formal handing over of ownership would ensure the structure will recieve its due care and attention from now onwards.

He expressed his gratitude towards the family members of Pratima Pandey Baruah for their generosity, as parting with ancestral property is never an easy decision for anybody.

Referring to Hawa Mahal as the place from where Goalparia folk music spread far and wide across the country, the Chief Minister said the Government of Assam would ensure the sentiments of the people of Gauripur would be taken care of, while developing the premises. He said the aim was to complete the renovation and restoration by December 2023 and open Hawa Mahal for the public from January 1, 2024 onwards.

Stating that a community cannot thrive for long, if it severes its ties with its history and the past, the Chief Minister appealed to the residents of Dhubri district to rise above religious and ethnic compartments and unite under one umbrella for preservation of the area’s rich and varied indigenous beliefs and culture.

The construction of Hawa Mahal was completed in 1914, costing a total of ₹3.2 lakh at that point of time. The Government of Assam paid an amount of ₹15.20 crore to the family members of Pratima Pandey Baruah for parting with the ownership of their ancestral property.