Assam CM to meet PM Modi, HM Shah and other ministers in Delhi

Guwahati: Assam CM Dr. Himanta Biswa Sarma will be meeting PM Modi in New Delhi on Tuesday. CM Sarma reached New Delhi on Monday for a three-day visit. During his 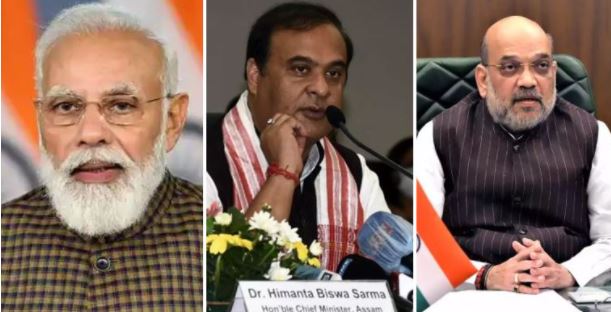 Taking to his Twitter CM Sarma wrote, ‘My pleasure to have met Mr Junaid Kamal Ahmed, Country Director, India, @WorldBank today in New Delhi. I am very happy and glad to share that we are taking Assam’s partnership with World Bank to the next, & higher level. @JUNAIDWBG.’

Taking to his Twitter, CM Sarma wrote, “I called on Union Minister Sri @mansukhmandviya and complimented him for India achieving 100 cr vaccination pursuing vision of Hon PM Sri @narendramodi. I also apprised him that Assam has crossed 2.03 cr 1st dose vaccination and fast inching towards 100%. @MoHFW_INDIA.”

CM Sarma also stated that the Union Government will release a Rs 100 crore package for the revival of Brahmaputra Valley Fertilizers Corporation Limited (BVFCL), Namrup Units II and III within a week.