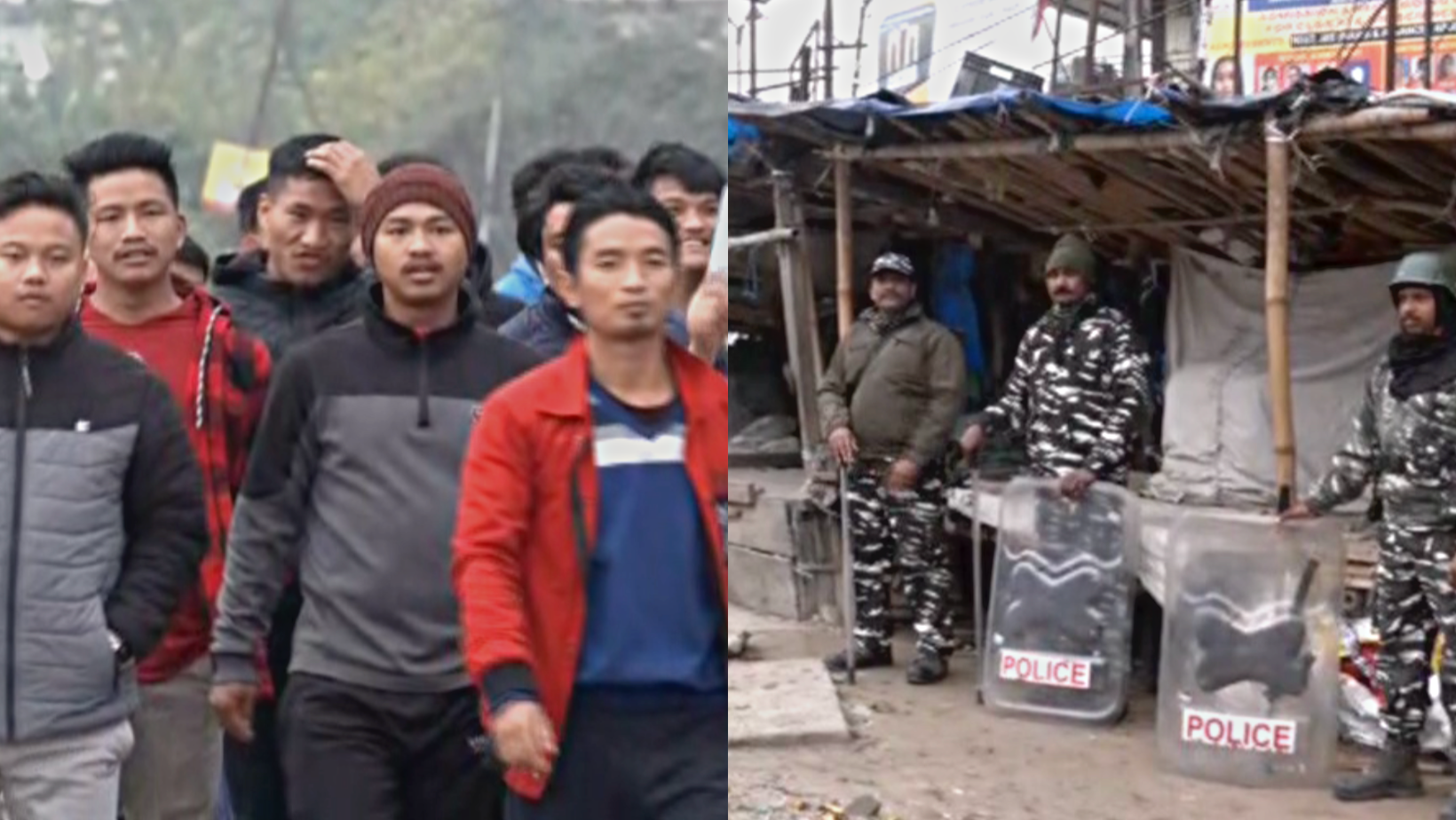 The 12-hour long bandh called by the All Nyishi Students Union is effective from 5 AM to 5 PM. The shutdown has been called in the Itanagar capital complex area. The call for bandh by the ANSU has come over the APPSC paper leak issue.

It is to be mentioned that Arunachal Pradesh home minister Bamang Felix had appealed to the ANSU yesterday to call off their shutdown.

Talking tough, the minister said, “Government will not tolerate this act of insanity. Since the day the paper leak matter came to light, the government has been acting on it and has taken several steps”.
Minister Bamang Felix said that the APPSC fiasco is just not a mistake or a blunder, but it is a blatant attack on the government’s trust and confidence in the system.

“Some handful of selfish, greedy, and mindless individuals who were in the helm, played with the emotions and ruined the lives of thousands of our youths,” Minister Felix added.
During the press meet, the Minister also briefed about the actions taken by the state government concerning the APPSC paper leak fiasco.

However, despite lengthy discussions with the Home Minister, the ANSU decided to go ahead with the 12-hour band call from 5 AM to 5 PM today.

ANSU was quick to react to the government’s statement, saying that they are making a halfhearted approach towards the APPSC paper leak scam.

Meanwhile, the ANSU has reiterated that all arrangements have been taken to ensure that the bandh is peaceful.

Some ANSU protestors gathered in the cold winter morning and raised slogans, even as police gathered on the spot to keep a watch.