Acid attack horror in Assam: Acid thrown on 17-yr old girl in Barpeta; 2nd incident in a span of 24 hrs

The horror of acid attack continue unabated in Assam. A second incident of acid attack on a minor girl in a span of 24 hours has triggered shockwaves across the 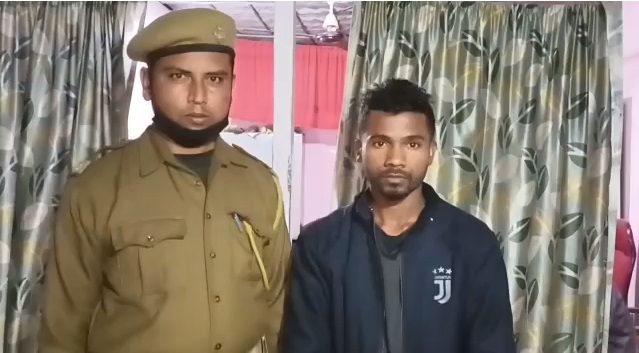 The horror of acid attack continue unabated in Assam. A second incident of acid attack on a minor girl in a span of 24 hours has triggered shockwaves across the state.

In yet another shocking incident, a 17-year-old girl was attacked with battery acid allegedly by a 20-year-old man in Assam’s Barpeta district. Although the incident took place on Sunday, the incident has come to light today.

Police said that the victim already knew the attacker. The incident took place when the victim was returning home from a cultural event. The reason for the attack is said to be a failed relationship.

As per inputs, the accused took the step after the victim decided to put a stop on their relationship.
According to police, the attack took place in the Mazdia village under Sarthebari police station.”Initial investigations show that the victim and the accused were in a relationship and the girl broke up with the man recently. Upset over this, the accused Meher Ali, attacked her with battery acid,” said Additional SP of Barpeta Pradip Saikia.

Reports said the girl sustained superficial injuries on her neck and shoulder and was admitted to a local hospital.

Assam Police have arrested Meher Ali and an official investigation into the matter is underway.

Earlier on Monday, a 32-year-old woman of Dhekiajuli suffered severe burn injuries in her neck and arms after acid was thrown on her by a man said to be known to her.

According to inputs, accused Bacchu Kar, a businessman, threw acid on the victim identified as Dibya Kumari Singh when she was about to leave for her duty on Sunday morning. According to eyewitness accounts, Bacchu asked Dibya to stop as he wanted to talk to her. But the minute she stopped, he threw acid on her. The incident took place near the weekly market in the Sapoi Bagan area of Dhekiajuli. It is not yet known if they are in a relationship or what triggered the attack.

Acid attacks in Assam reported in 2021-22:
September 2022- A resident in Goreswar town suffered grievous burn injuries after miscreants threw acid at him. The victim was
identified as Manik Debnath, a resident of Bokulguri in Goreswar in Baksa district. Police suspected family feud behind the attack.
September 2022- A woman suffered serious injuries after she was allegedly attacked with acid by her husband at Kharupetia area in
Darrang district. According to police, the husband splashed acid on the victim following a heated argument between the duo. Family problem
between the couple was suspected to be reason behind the attack.
August 2022 – A youth in Karimganj district, allegedly suffered an acid attack after assaulted brutally in a public area by a gang of
miscreants. The victim was left in a critical condition and was admitted to the Gauhati Medical College and Hospital (GMCH).
December 2021- Two women were injured in an acid attack by a man in Assam‘s Lakhimpur district. The attacker threw acid on his wife,
Renena Begum and his sister-in-law. The incident took place at Rangajan near North Lakhimpur
February 2021– A 32-year-old woman was severely injured in an acid attack in Dibrugarh district. The accused, identified as Buddhadev
Das was arrested by the police from Shantipara area in Dibrugarh district the very next day. According to a complaint filed by the victim’s family
members, the man attacked her for rejecting his marriage proposal.

Following a Supreme Court order, the Home Ministry had issued an order to all state and Union Territories to prevent acid attacks. Some of the main points of the order are: