Scientific, Halos around the sun or moon are caused by the refraction or the splitting of sunlight by ice crystals in the atmosphere. 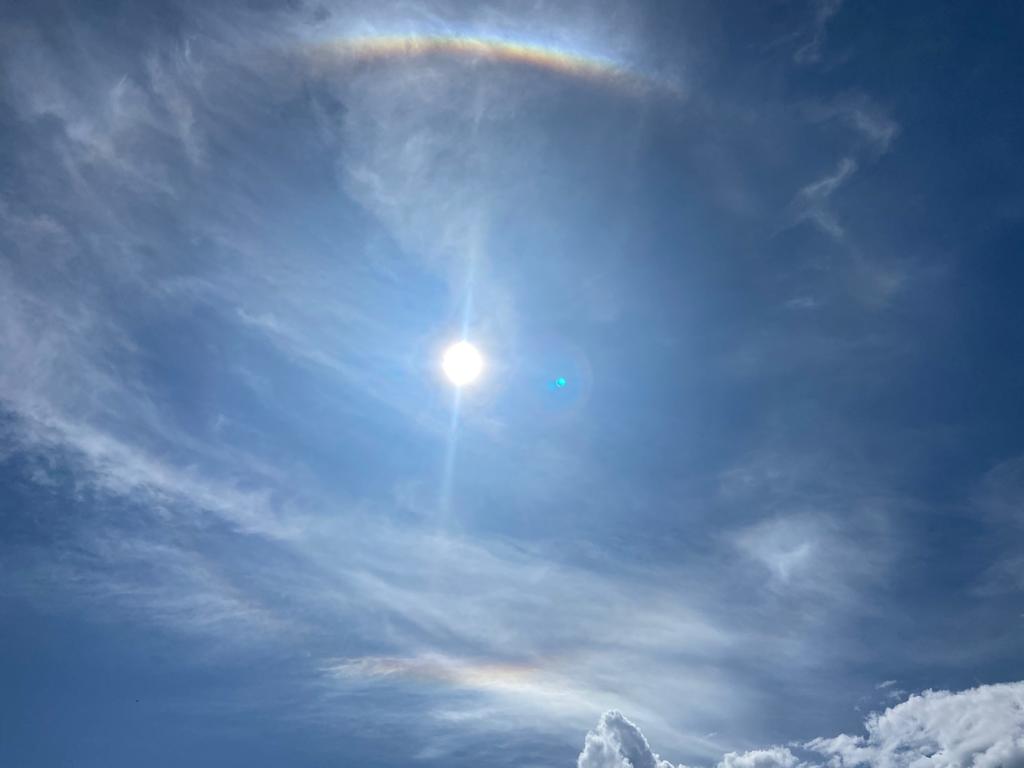 A sun halo or the rainbow around the sun was witnessed in the sky by monks of the Buddhist Monastery, popularly known as Chilipam Monastery in Arunachal’s West Kameng district on Monday.

As per Buddhist tradition, both Halos or the rainbow around the sun and moon are considered to be very auspicious. These rainbows are generally rare, and they are also symbolically ominous for the people and their sentient beings.

Scientific, Halos around the sun or moon are caused by the refraction or the splitting of sunlight by ice crystals in the atmosphere.

Circular halos specifically are produced by cirrus clouds, which are thin, detached, hair-like clouds. These clouds are formed very high up in the atmosphere, at a height of over 20,000 feet.

Meanwhile, it is worth mentioning that a halo could also occur around the moon at night, which is formed due to the same phenomenon.