On the occasion, the troopers gave a demonstration of counter-insurgency operations for which the TSR is well known. 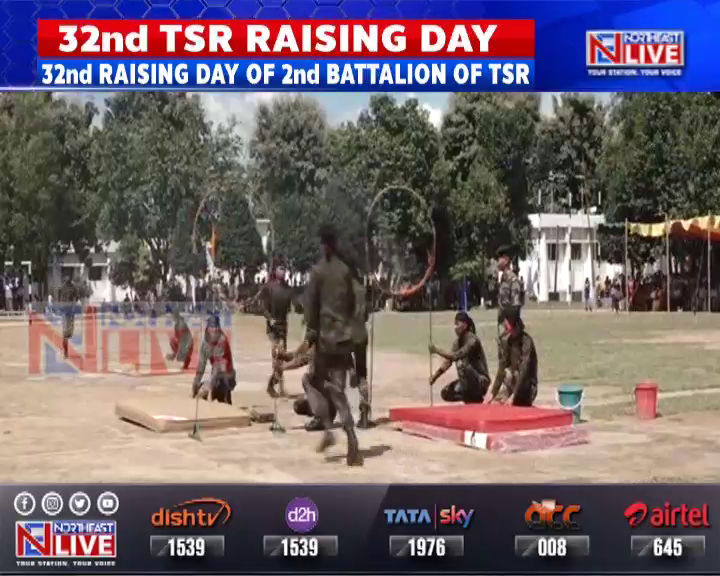 The 32nd raising day of the second battalion of Tripura State Rifles was observed at its battalion headquarters at RK Nagar in Tripura on Monday. The program started with the lighting of the inaugural lamp.

On the occasion, the troopers gave a demonstration of counter-insurgency operations for which the TSR is well known.

DGP Tripura Amitabh Ranjan along with other senior police officials took part in the celebrations. The DGP also inaugurated a blood donation camp and plantation drive on the occasion.

Speaking at the event, the DGP appreciated the role of the TSR in counter-insurgency operations.

The DGP further said that the recent meeting between Chief Minister Dr Manik Saha with union Home Minister Amit Shah was regarding the raising of two new battalions of TSR besides reorganization of the age profile and introduction of new training initiatives including community service among the troops.

The DGP also claimed that due to the high professional performance of the force there is a huge demand for TSR across the nation and after the assembly election the force shall be deployed for national security-related duties as well.