Wimbledon to ban Russia and Belarus players; Mens No 2 may miss the tournament

In a response to Russia’s invasion of Ukraine and Belarus’ support of the war, Wimbledon is reportedly planning to bar Russian and Belarusian players from the Grand Slam tennis tournament.

In a response to Russia’s invasion of Ukraine and Belarus’ support of the war, Wimbledon is reportedly planning to bar Russian and Belarusian players from the Grand Slam tennis tournament.

If the ban comes into force Men’s tennis world number two Daniil Medvedev is set to miss this year’s tournament which is organized for more than a hundred years by the All England Club.

Medvedev, currently recuperating after a hernia operation, restricted himself to saying “I want peace in all of the world.”

Along with Medvedev, other players affected by an eventual ban at Wimbledon would include world No. 8 Andrey Rublev, who in February was filmed writing “no war please” on a television camera lens after winning a match in Dubai.

On the women’s side, it would include Anastasia Pavlyuchenkova, Daria Kasatkina, and Veronika Kudermetova from Russia, as well as Belarus’ Aryna Sabalenka and Victoria Azarenka, the latter a two-time Grand Slam winner.

The Grand Slam tennis tournament is slated to be held from June 17 in London.

It was believed this ban would extend to the three remaining Grand Slam events – though the International Tennis Federation (ITF) banned both countries’ teams from the Davis Cup and the Bille Jean Cup.

British sports minister Nigel Huddleston said in March that “absolutely nobody flying the flag for Russia should be allowed or enabled… We need some potential assurance that they are not supporters of Vladimir Putin.”

Belarus is seen as an ally of Russia and facilitated the invasion by allowing troops to cross over their border into Ukraine.

Although Wimbledon would be the first major tennis tournament to ban individual players, it would join other sporting events such as the Paralympics which removed Russia and Belarus from competing. 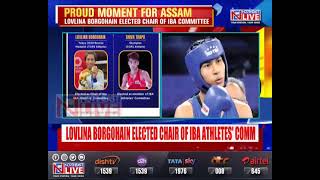