India defeated New Zealand by 73 runs in the third and final T20 International at the historic Eden Gardens in Kolkata on November 21. Rohit Sharma’s 56-run knock followed by

India defeated New Zealand by 73 runs in the third and final T20 International at the historic Eden Gardens in Kolkata on November 21.

Now both the teams will square off in two-match Test series, beginning Thursday (November 25) in Kanpur.

Chasing 185, the ‘Black Caps’ got off to a horrid start as Axar Patel took the first three wickets inside the first five overs.

Daryl Mitchell, Mark Chapman, and Glenn Phillips all failed to make a mark with the bat and the visitors lost three wickets with just 30 on board.

Martin Guptill and Tim Seifert then got together at the crease and the duo managed to bring some stability at the crease.

Guptill brought up his half-century in the 10th over of the innings when the Kiwis needed 117 runs more to win from 60 balls.

However, the right-hander Guptill perished off the bowling of Yuzvendra Chahal following which New Zealand kept on losing wickets at regular intervals, and in the end, the visitors stumbled to a 73-run loss.

After opting to bat, Rohit Sharma scored 56 off 31 balls and Ishan Kishan scored 29 off 21 balls as India posted 184/7. Martin Guptill’s 51 from 36 balls was in vain as New Zealand was bowled out for 111 in 17.2 overs. Axar Patel, a left-arm spinner, was the pick of the Indian bowlers, taking three wickets. 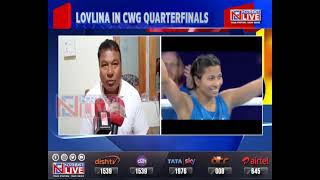