A woman took to Twitter to complain that she was asked to remove her shirt and strip while going through security checks at Bengaluru airport. 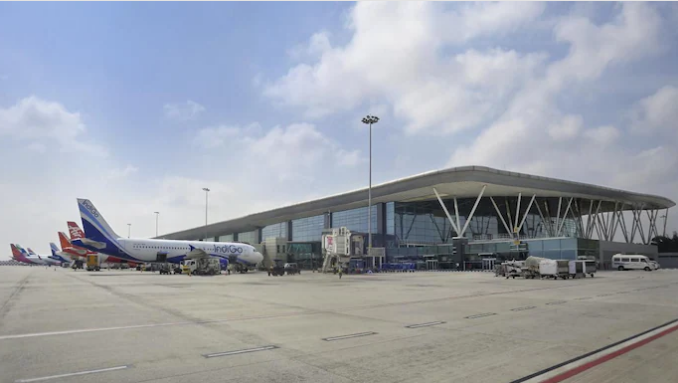 A woman took to Twitter on Tuesday evening to complain about authorities at Bengaluru airport asking her to remove her shirt during the security check. She alleged that she felt humiliated and questioned why a woman needed to strip to pass through security checks, an India Today report said.

As per media reports, security agencies responded by stating that they would check the CCTV for details and asked why she did not register a complaint with the Central Industrial Security Force (CISF) or the airport police.

The woman, on Tuesday evening, tweeted “I was asked to remove my shirt at Bengaluru airport during security check. It was really humiliating to stand there at the security checkpoint wearing just a camisole and getting the kind of attention you’d never want as a woman. @BLRAirport. Why would you need a woman to strip?”

The official Twitter handle of Kempegowda International Airport, Bengaluru, replied to the woman’s tweet by stating that they “deeply regret the hassle caused.” The reply further said that “this should not have happened.”

The official handle’s reply said, “Hello, we deeply regret the hassle caused and this should not have happened. We have highlighted this to our operations team and also escalated it to the security team managed by CISF (Central Industrial Security force), a government sovereign.”

It further read, “Kindly DM your contact details for our team to connect with you at the earliest.” Meanwhile, a few netizens replied to the woman’s tweet saying that the incident was unacceptable and that security shouldn’t be used to humiliate people.

However, on Wednesday morning, the profile of the woman who raised the complaint was removed from Twitter.