‘The Farm Laws Repeal Bill, 2021’, is likely to be approved at the Union Cabinet meeting led by Prime Minister Narendra Modi scheduled for today. The three farm laws which 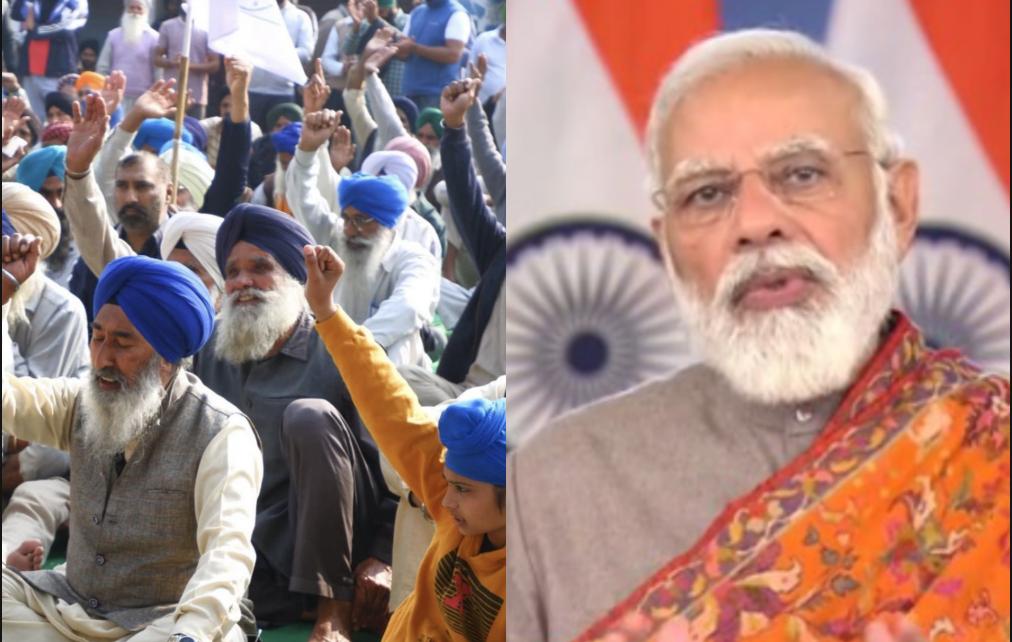 ‘The Farm Laws Repeal Bill, 2021’, is likely to be approved at the Union Cabinet meeting led by Prime Minister Narendra Modi scheduled for today.

The three farm laws which are to be repealed were passed by the Parliament last year in September 2020.

The new bills will then be tabled in the Parliament at the start of the Winter Session which is to begin on November 29.

The repeal of the three farm laws was announced by Prime Minister Narendra Modi during his address to the nation on the occasion of Guru Purab on November 19.

The Farm Laws Repeal Bill, 2021, is one of the 26 new bills on the government’s agenda, seeks to repeal the Farmers’ Produce Trade and Commerce (Promotion and Facilitation) Act, 2020, the Farmers’ (Empowerment and Protection) Agreement of Price Assurance, the Farm Services Act, 2020, and the Essential Commodities (Amendment) Act, 2020.

It may be mentioned that ever since the three farm laws passed by the Parliament, thousands of farmers, mostly from Punjab, Haryana and western Uttar Pradesh have been protesting at several Delhi border points for almost a year since November 26 2020.

The protestors claimed that the laws enacted by the Centre will dismantle the minimum support price (MSP) system. The farmers’ protest continued unabated, unaffected by several rounds of talks between the government and farmers. It also prompted several disruptions in the parliament and Supreme Court hearings as well.

Although the Prime Minister announced the repeal of the three farm laws, the Samyukt Kisan Morcha (SKM), spearheading the agitation, has asserted in an open letter that they will continue their protests until the government starts talks with them on their six pending demands.

The agitating farmer’s six demands include – Surety on ‘Minimum Support Price’ (MSP); withdrawal of draft “Electricity Amendments Bill, 2020/2021; removal of penal provisions on farmers in the “Commission for Air Quality Management in the National Capital Region and Adjoining Areas Act 2021; which allows for penal action against farmers in case of stubble burning; withdrawal of criminal cases against farmers; sacking and arrest of Union Minister of State Ajay Misra over the Lakhimpur event; land for the construction of a martyr’s memorial at Singhu for the claimed 700 farmers killed during the protest, and compensation to families.