After heavy rain and snowfall wreaked havoc on parts of Uttarakhand, the State Disaster Management Authority and Uttarakhand Police stepped up rescue and relief efforts today. People trapped in places 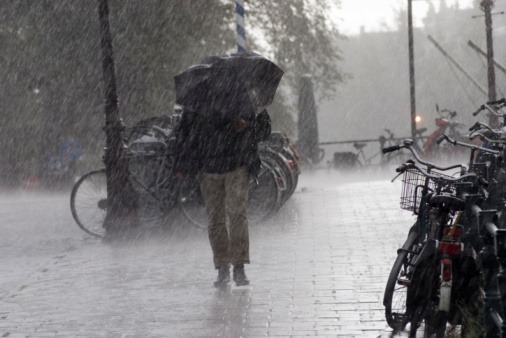 After heavy rain and snowfall wreaked havoc on parts of Uttarakhand, the State Disaster Management Authority and Uttarakhand Police stepped up rescue and relief efforts today.

People trapped in places due to extreme weather conditions were rescued by the SDRF and Uttarakhand Police teams.

According to official information received from SDRF today, a team of SDRF rescued six people who were trapped due to snowfall in the Diwalikhal area of Chamoli district.

Some people are trapped in the snow about three kilometres below Trijugi Narayan Temple, informed Sonprayag police.

When the SDRF team received information about this, they rushed to the scene and rescued two people who were trapped there, transporting them to a safe location.

The SDRF also received information about some people being trapped in Almora district’s Mach Khali area. Officials have arrived on the scene and are conducting rescue operations. Rescue and relief efforts are still ongoing in various locations.

Meanwhile, an active western disturbance is currently affecting the expanse of Northern India and also the Northeast bringing in a strong cold wave throughout the country.

India Meteorological Department (IMD) had recently predicted a strong cold wave along with rains scattered in various parts of the country including the Northeast.
Moreover, Northwest India is feeling moisture from the Arabian Sea and Bay of Bengal which is being touted to last till February 4.
Under these influences, Met department has predicted widespread rain with localised thunderstorms and snow in mountains are possible over the northern half of India over the next few days.
Precipitation totals adding 50 mm or more are happening in isolated places of Uttarakhand from Thursday into Friday, while heavy snowfall is also expected over the state.
The rain or snow activity is expected to move eastward toward Central, East and Northeast India from Friday onward.
The central part of West Bengal, Assam and Meghalaya are at risk of localised inundation due to rain totals in excess of 50 mm starting today for a few days.
During the next 24 hours, cold day to severe cold day conditions are possible over isolated pockets of north Uttar Pradesh and can abate after that.
On Wednesday, dense to very dense fog is possible in some areas of the Northwest and Central regions, as well as East India.