Suryanagari Express derails in Rajasthan: An accident relief train has been dispatched from Jodhpur by Railways. 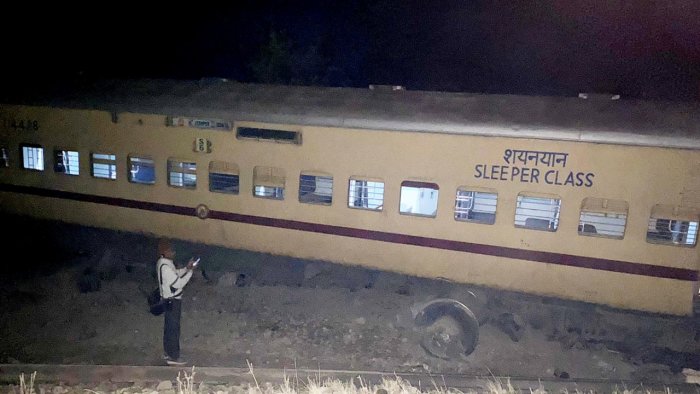 As many as eleven coaches of the Bandra Terminus-Jodhpur Suryanagari Express were impacted after a derailment incident near Pali in Rajasthan during the early hours on Monday, the North Western Railway (NWR) said. According to the Chief Public Relation Officer (CPRO), NWR, “11 coaches were impacted due to derailment of Bandra Terminus-Jodhpur Suryanagari Express train. Higher officials have reached the spot. Buses have been arranged for stranded passengers so that they can reach their destinations,” reported NDTV.

The incident occurred at 3:27 am between the Rajkiawas-Bomadra section of the Jodhpur division. Originating from Bandra Terminus, the train was en route to Jodhpur, the CPRO said.

Passengers said that the incident took place within five minutes after the train’s departure from Marwar junction, said NDTV report.

No casualty has been reported so far, said sources, while adding that an accident relief train had also reached the spot soon after the incident.

Help desks have been set up at all boarding stations of the train for assistance. Passengers and their families can also contact, 138 and 1072, for any information, CPRO, North Western Railway said.

Passengers on board the train said that they were terrified by the derailment incident.

“The train had departed from Marwar junction five minutes before we heard a loud noise and the train stopped. We got down only to see sleeper class coaches lying off the track. Within 15-20 minutes, ambulances arrived,” said one of the passengers.