In the pictures we can see Messi's autograph. He also wrote "Para Ziva", which means 'For Ziva'. 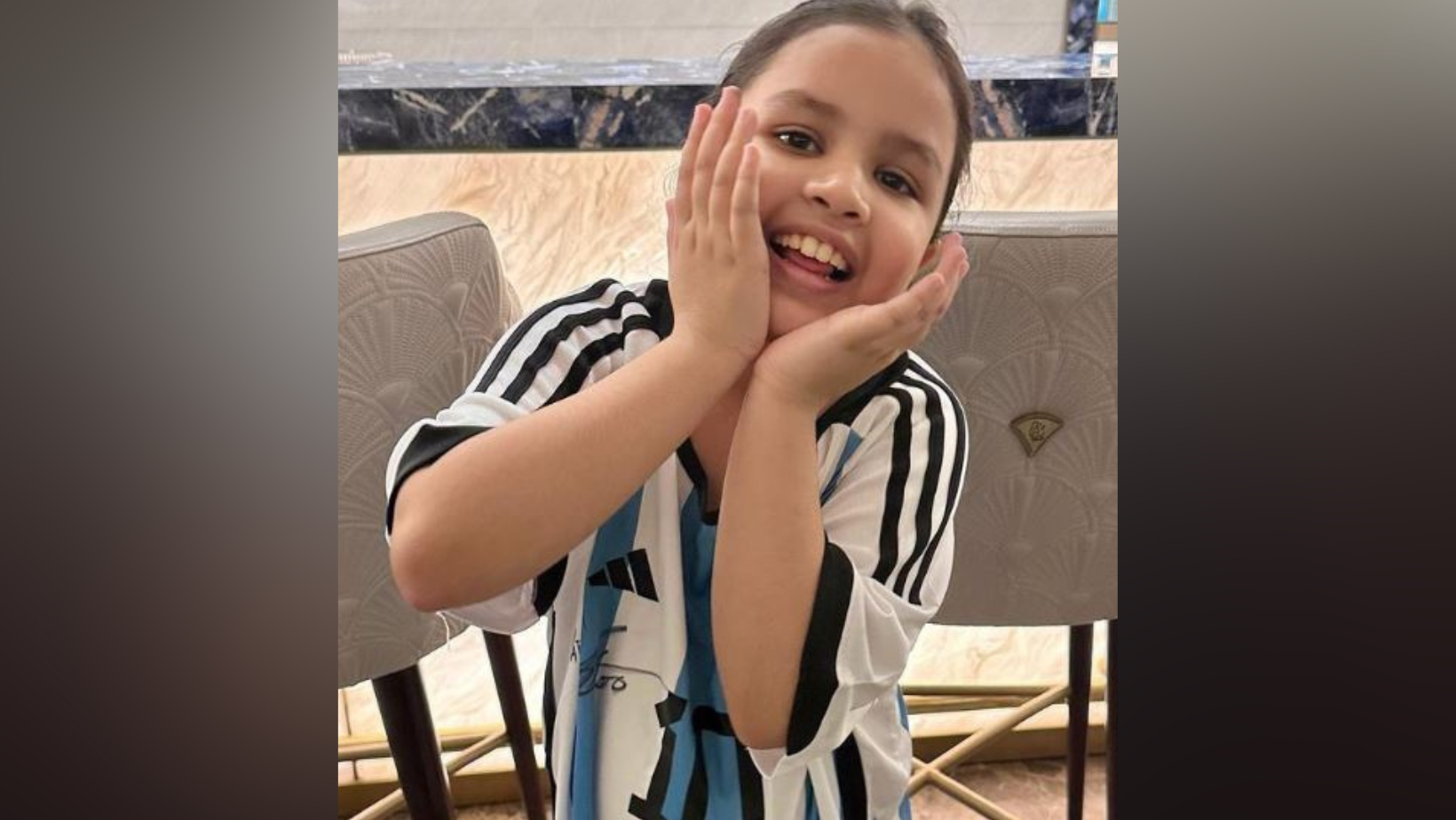 Lionel Messi, arguably the greatest footballer of all time, made the sporting world his own by leading Argentina to the FIFA World Cup title, which they won on penalties against France. Following Messi and Argentina’s victory, celebrations erupted not only in Argentina, but around the world. Even in India, people lavishly celebrated Argentina’s third World Cup victory. Now,  the Argentina football team captain Lionel Messi gifted a signed jersey to MS Dhoni’s seven-year-old daughter Ziva. The happiness on the toddler’s face knows no bounds.

Ziva Singh Dhoni shared the news of the same on her official Instagram account. The caption of the post reads, “Like father, like daughter! ” #commonlove #merrychristmas.” In the pictures we can see Messi’s autograph. He also wrote “Para Ziva”, which means ‘For Ziva’.  The Instagram comment makes it very evident that the young child inherited her enthusiasm in football and the legendary player Messi from her father. Since being shared, the post has amassed over two lakh likes.

MS Dhoni, the Indian cricketing superstar, enjoys football and has been frequently spotted training with Chennaiyin FC, which he co-owns in the Indian Super League.

A few days ago, the 7-time Ballon d’Or winner also sent a signed jersey to Jay Shah, the Secretary of Board of Control for Cricket in India (BCCI).  Former Indian spinner Pragyan Ojha took to Instagram to express his appreciation for the gift, posting a photo of himself with Shah holding the jersey.

The Argentina Football Association recently released an advertisement thanking Lionel Messi for his heroics at the FIFA World Cup 2022 held in Qatar. The commercial shows a young boy opening Christmas presents under the tree and receiving the World Cup trophy. He picks up the trophy and says, ‘Gracias Papa Noel,’ before kissing it. In Argentina, Santa Claus is known as Papa Noel, but the name has been altered to honour Lionel Messi.