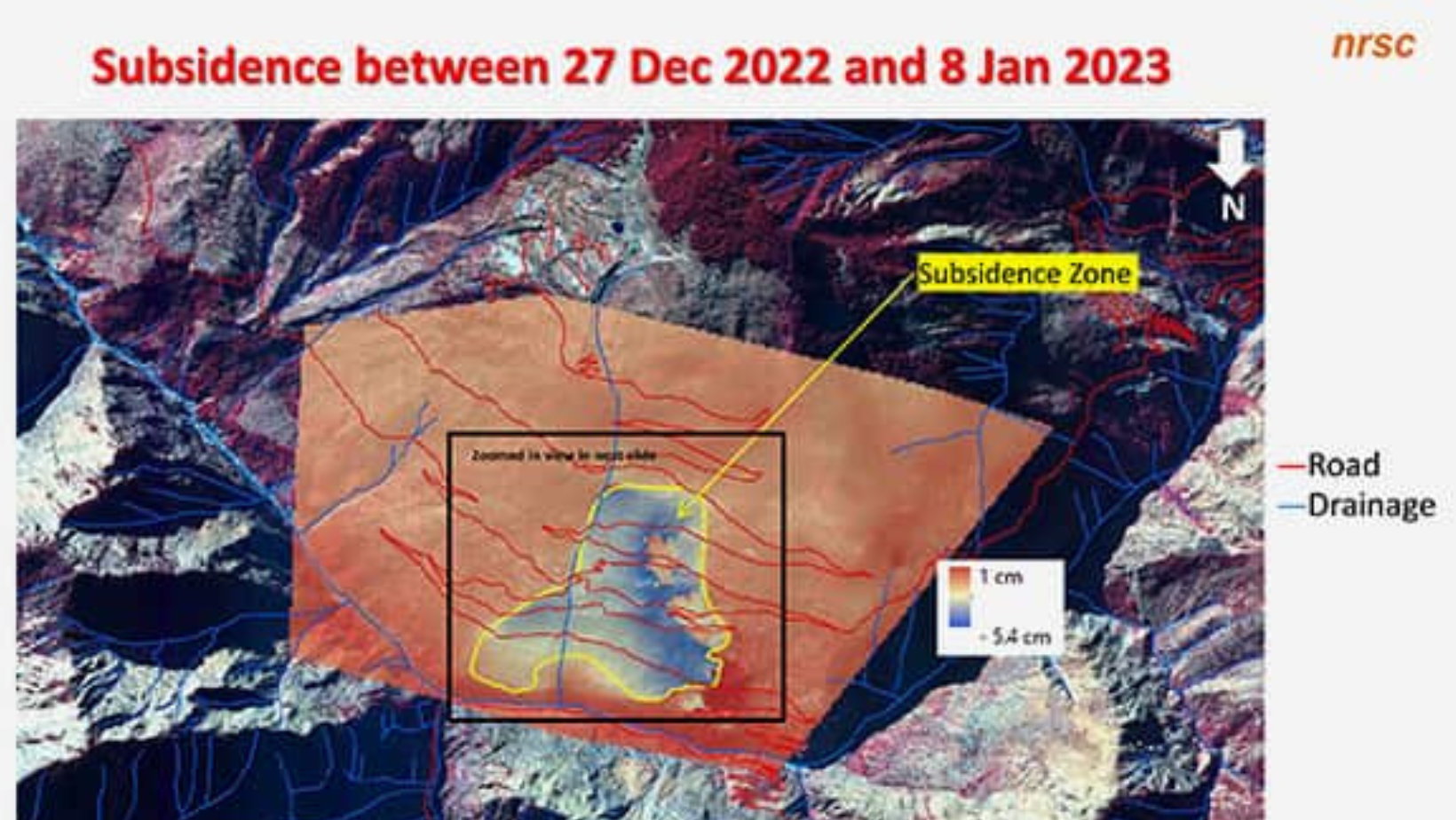 Uttarakhand’s Joshimath saw a rapid sinking of 5.4 cm in just 12 days, according to a report by Indian Space Research Organisation (ISRO).

The report, quoting witnesses, said the massive soil sinking occurred due to “a rapid subsidence event that was triggered on January 2, 2022.”

The rapid shifting of soil occurred in the central Joshimath, in the region around an Army Helipad and a temple. “The crown of the subsidence is located near Joshimath-Auli road at a height of 2,180 metre,” ISRO’s report said.

The space agency also found that the sinking rate was much lower in the previous months. Between April and November last year, Joshimath sank by 9 cm.

“Slow subsidence up to 9 cm within the Joshimath town is recorded over a period of 7 months, between April and November 2022,” the report said.

The pictures have been taken from the Cartosat-2S satellite.

The “sinking” temple town, known to be the gateway to popular pilgrimage sites like Badrinath, is on the verge of a disaster with massive cracks appearing in buildings and roads. Some 4,000 people have been moved to relief camps after a satellite survey.

Besides hotels and business establishments, 678 homes are in danger, the Uttarakhand government has said.

Residents and experts blame the crisis on unplanned and chaotic infrastructure projects in the region, especially a power plant that involved blasts and drilling in the mountains.

Uttarakhand Chief Minister Pushkar Singh Dhami, who visited Joshimath and held meetings with locals and experts on Thursday, said a committee will decide the rate for compensation to be paid to the affected families, keeping in mind the interests of stakeholders.

“For now, ₹ 1.5 lakh will be given to each affected family. This is only a temporary measure. We are still working on compensation rates,” he said.

Joshimath is called the “winter seat” of Lord Badrinath, whose idol is brought down from the main Badrinath temple to Vasudeva temple in the town every winter. It is also the gateway to the Sikh holy shrine Hemkund Sahib.