Group Captain Varun Singh, the lone survivor of the Indian Air Force (IAF) Chopper Crash that killed CDS Bipin Rawat and 13 others, is no more. The Shaurya Chakra awardee 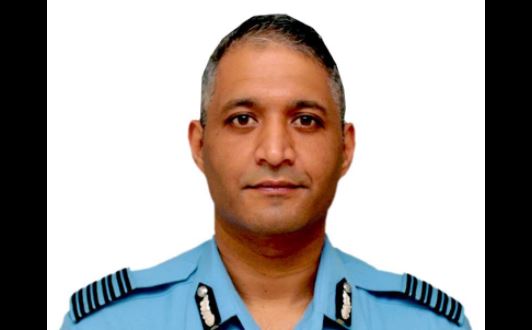 Group Captain Varun Singh, the lone survivor of the Indian Air Force (IAF) Chopper Crash that killed CDS Bipin Rawat and 13 others, is no more. The Shaurya Chakra awardee succumbed to his injuries after fighting for his life for a week. He was being treated at Bengaluru Millitary Hospital after he was shifted from Wellington, near Tamil Nadu’s Coonoor.

The Indian Air Force issued a statement informing about the sad development.
“The IAF is deeply saddened to inform the passing away of braveheart Group Captain Varun Singh, who succumbed this morning to the injuries sustained in the helicopter accident on 08 Dec 21. IAF offers sincere condolences and stands firmly with the bereaved family,” read the statement issued on Twitter.

Prime Minister Narendra Modi condoled the death of Singh. “Group Captain Varun Singh served the nation with pride, valour and utmost professionalism. I am extremely anguished by his passing away. His rich service to the nation will never be forgotten. Condolences to his family and friends. Om Shanti,” he wrote on Twitter.

With the death of the Group Captain, the 14 aboard the ill-fated Mi-17V5 helicopter carrying CDS Bipin Rawat, his wife Dr. Madhulika Rawat, and 12 others have all died. Just months ago Singh has conferred the Shaurya Chakra for preventing a mid-air accident while flying LCA- Tejas.