Chief of Defence Staff, General Bipin Rawat (63) has died in the Coonoor helicopter crash. This was confirmed by the Indian Airforce today evening. He is among the 13 who 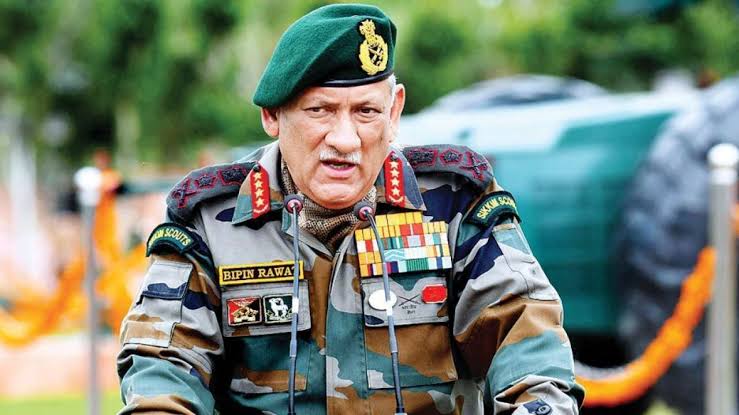 This was confirmed by the Indian Airforce today evening. He is among the 13 who has been declared dead including his wife Madhulika Rawat and 11 others.

“With deep regret, it has now been ascertained that Gen Bipin Rawat, Mrs Madhulika Rawat, and 11 other persons on board have died in the unfortunate accident,” tweeted the Indian Air Force around 6 pm.

About the  incident, the Indian Airforce statement said “ Around noon today, an IAF Mi 17 V5 helicopter with a crew of 4 members carrying the CDS and 9 other passengers met with a tragic accident near Coonoor, TN”.

Gen Rawat, was on a visit to Defence Services Staff College, Wellington (Nilgiri Hills) to address the faculty and student officers of the Staff Course today.

A manifest of passengers and crew members of the helicopter was doing rounds on social media However no official confirmation has come on the names yet. The names are General Rawat, his wife Madhulika Rawat, Brigadier L.S. Lidder (defence assistant to the CDS), Lieutenant Colonel Harjinder Singh (special officer to the CDS), Naik Gursewak Singh, Naik Jitendra Kumar, Lieutenant Naik, Lieutenant Naik B. Sai Teja and Havildar Satpal. However, the manifest doing the rounds on social media is not of the chopper that was in the crash and there has been no confirmation that all the persons included in it were in the chopper which faced the accident.