In a fresh development in the Russia-Ukraine crisis, the Ukrainian military says five Russian planes and a Russian helicopter were shot down in the Luhansk region. This comes as Russian 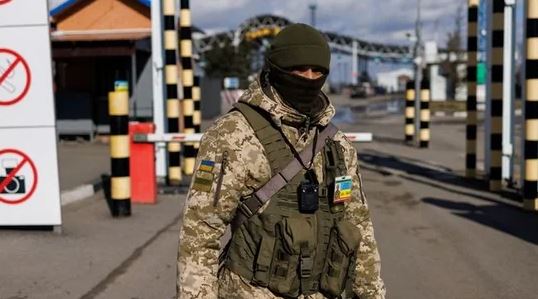 In a fresh development in the Russia-Ukraine crisis, the Ukrainian military says five Russian planes and a Russian helicopter were shot down in the Luhansk region.

This comes as Russian troops launched their anticipated attack on Ukraine on Thursday. Russian President Vladimir Putin cast aside international concerns and sanctions, warning countries that any attempt to interfere would lead to consequences.

The Ukraine military said that five Russian planes and a Russian helicopter were shot down in the Luhansk region, news agency Reuters reported.

On the other hand, Russia claimed that it destroyed Ukraine’s airbases and air defences. Russia’s Defence Ministry announced that Ukrainian air defences have been neutralised, the state-owned Sputnik reported.

“The military infrastructure of Ukrainian military air bases has been put out of action. The air defences of the armed forces of Ukraine have been neutralised,” Sputnik quoted Russian Defence Ministry as stating.

The deployment of Russian troops to Belarus for military drills was seen as a prelude to an invasion of Ukraine. The Ukrainian capital of Kyiv is about 75 km (50 miles) south of the border with Belarus.

Russian President Vladimir Putin on Thursday announced a “military operation” in Ukraine to defend separatists in the east of the country. “I have made the decision of a military operation,” declared Putin, as quoted by AFP.

The Russian president also threatened retaliation against those who challenge Russia’s action in Ukraine.

“Anyone who tries to interfere with us, or even more so, to create threats for our country and our people, must know that Russia’s response will be immediate and will lead you to such consequences as you have never before experienced in your history,” he said in a televised address.

Big explosions were heard before dawn in Kyiv, Kharkiv and Odesa as world leaders condemned the start of a Russian invasion that can cause massive casualties while toppling Ukraine’s democratically elected government.

“This is the saddest moment in my tenure as Secretary-General of the United Nations. I started this meeting of the Security Council addressing President Putin and telling him from the bottom of my heart: Stop your troops from an offensive against Ukraine, give peace a chance because too many people have died,” Guterres told reporters at the UN headquarters, as quoted by PTI.

(With Inputs From Agencies)