Many soldiers drowned while crossing a fast-flowing river in the dark during China’s losses in the Galwan Valley clash in 2020, which were much higher than reported. This was claimed 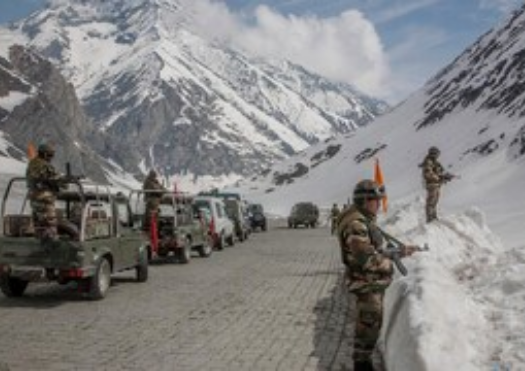 Many soldiers drowned while crossing a fast-flowing river in the dark during China’s losses in the Galwan Valley clash in 2020, which were much higher than reported. This was claimed by Klaxton, an investigative Australian newspaper.

The report heavily relies on research conducted by an unnamed group of social media researchers.

Their sources include Chinese bloggers, information received from mainland Chinese citizens, and media reports that have since been removed by Chinese authorities.

As per reports, on the night of June 15, Indian troops went to a disputed area in Galwan Valley to remove a Chinese encroachment.

The reports added that they were met by China’s Colonel Qi Fabao and 150 Chinese soldiers who formed a battle formation instead of discussing the issue with the Indian troops.

The report also states that the moment Colonel Fabao attacked, he was immediately besieged by the Indian army troops.

When three Chinese soldiers died, PLA soldiers panicked into retreat.
According to the report, at least 38 Chinese troops, including Wang, were washed away and drowned that night.

Both sides appear to have requested reinforcements after the initial Galwan clash.

20 Indian soldiers who died are thought to have died in the subsequent fighting.

“A lot of facts about what really happened, what led to the skirmish, have been hidden by Beijing,” the report says. It says that what was told by China to the world were mostly fabricated stories.

According to the new report, evidence has emerged that strongly suggests that several reports of the Galwan Valley clash conflated facts and imagery from two separate but similar clashes that occurred in the region just over a week apart. One clash occurred during the day and the other occurred at night.

It is to be remembered here that on June 15, 2020, twenty Indian soldiers and an unspecified number of Chinese troops died in a clash in eastern Ladakh’s Galwan Valley.

The nighttime skirmish, which took place in sub-zero temperatures and pitch-black darkness, heightened border tensions between the two countries.