A day after three BJP supporters were injured allegedly in an attack by CPI (M) cadres at Bishalghar, the ruling party spokesman Nabendu Bhattacharjee during a press conference on Friday 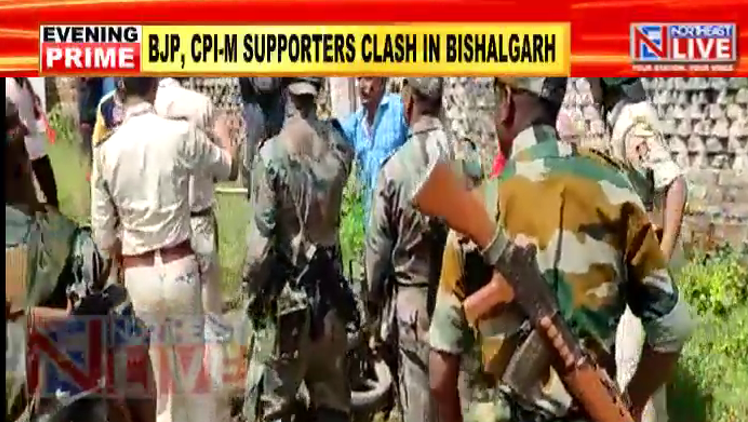 A day after three BJP supporters were injured allegedly in an attack by CPI (M) cadres at Bishalghar, the ruling party spokesman Nabendu Bhattacharjee during a press conference on Friday evening at the BJP headquarters, denounced the attack and accused the CPI (M) of as a party which has ‘violence in its chromosome’.

He alleged that Despite being denied permission, CPI (M) organized the rally, and after it had concluded when the police force had reduced a larger number of cadres organized the attack with sticks and shovels on three known BJP supporters who were passing by there and without any intimation.

Bhattacharjee alleged that senior CPI (M) leaders including state secretary Jitendra Chowdhury and local MLA Bhanulal Saha were present there when the cadres attacked the BJP supporters and the police are investigating to find those involved in the incident.

He added the ruling BJP supporters, who were abiding by the party’s instructions to avoid all intermediation, had any ill intentions then the scenario at Bishalghar could have been much worst and before the election, the scenario could have turned violent.

Bhattacharjee also claimed that before the coming election CPIM is trying to disturb the peace in the state and organize similar incidents of violence all across and accordingly BJP has cautioned its supporters and leaders not to fall into their traps.

Bhattacharjee also appealed to the administration and police to be more alert and take appropriate action against those who organized the attack and also take steps towards avoiding the repetition of such violence in the future.