LED trucks hired by Congress for campaigning in Tripura were allegedly attacked at Sidhai Mohanpur area on Sunday. 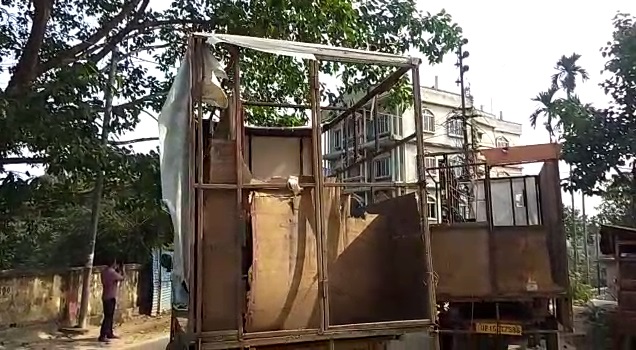 LED trucks hired by Congress for campaigning in Tripura were allegedly attacked at Sidhai Mohanpur area on Sunday.

Szarita Laitphlang National Secretary and AICC in-charge Tripura alleged that the attackers belonging to ruling BJP not only attacked the vehicles and smashed LEDs and windshields of the vehicles but also robbed four generator sets.

She added that one Scooty (2-wheeler) used by the attackers has been identified and Congress is lodging police complaint.

She said the Election Commission of India should look into the matter and Opposition parties should also be allowed to campaign in Tripura.

Speaking exclusively to Northeast Live, the AICC Tripura incharge said, “This is democracy. Every party has the right to campaign peacefully during elections. I want to ask the Bharatiya Janata Party who thinks that it is their sole and whole right to campaign in the state of Tripura.”

The AICC leader speaking about the extent of the damage said, ” Every opposition party has the right to campaign. First all our hoardings were torn out, now when our LED vans have come, you can see what they have done. They have broken the windshields, they have also damaged the LCD screens here, they have broken it. They have stolen the gensets.”

Szarita Laiphlang added, “This is absolutely unacceptable. I want to ask the Election Commission whether they are going to take any action or not. If this is the case than democracy has already been murdered in the state of Tripura.”

She further alleged, “Can You see how they have broken down all our vans? This is what they have been doing. They are stopping all our cars on the way. Attacks took place in Mohanpur area. The youth who was sitting in the scooty attacked and they have stolen the Gensets. It is really a sad state of affairs especially in the state of Tripura and I think ECI should take immediate action. “