Samir Mia, a wanted member of a burglar gang was arrested with the help of an alert public from Chandrapur ISBT in the state capital. 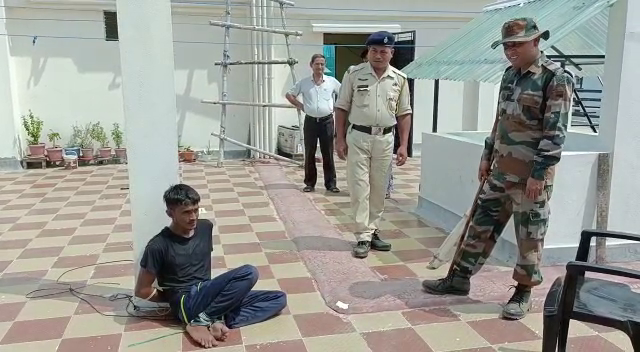 West Tripura District Police arrested a wanted member of a burglar gang, notorious for his activities in Agartala and its peripheries.

Samir Mia, a wanted member of a burglar gang was arrested with the help of an alert public from Chandrapur ISBT in the state capital.

As per reports, the Burglar was attempting to flee from the state but was identified by a police source who alerted the local public later police reached the spot and arrested him.

During interrogation, police were able to get other names and arrest two more criminals Rana Mia and Mamon Mia who used to buy items from the Burglar.

Police also recovered some of the stolen items including valuable gold ornament and expensive watches.

Meanwhile, further interrogations are on to apprehend more of the gang members. However, some of the members had fled across the border into Bangladesh.