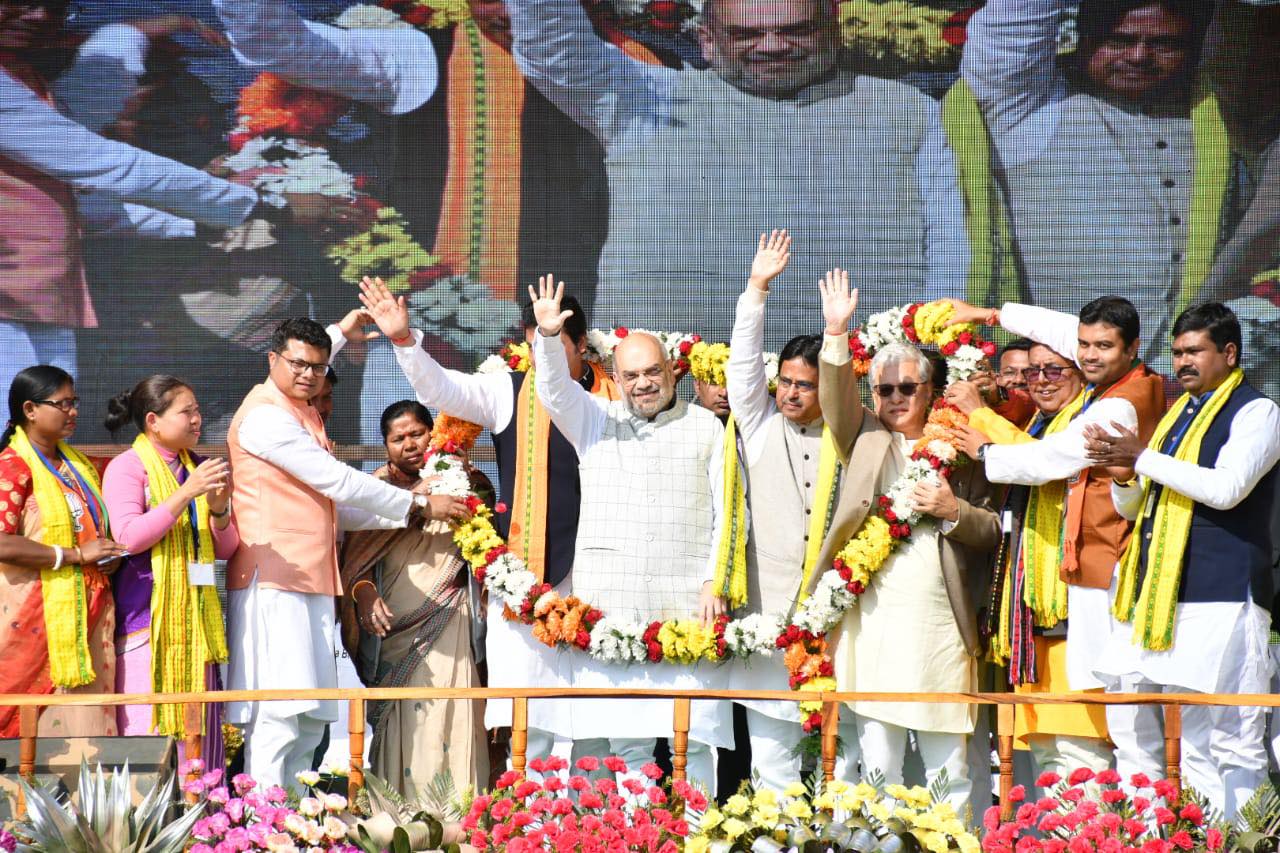 Union Home Minister Amit Shah sounded the poll bugle in Tripura as he flagged off the Jana Vishwas Rath Yatra in Dharmanagar and addressed a mega rally on Thursday in the poll bound state amid slogans of Tripura Aamar, Bhajpa (BJP) Sarkaar Aamar.

Addressing the rally, the Union Home Minister urged the people of Tripura to help BJP return to power with a thumping majority. “The presence of the people in big numbers waiting by the road sides throughout the 4.5 km stretch, yet again shows that BJP shall come back to power in Tripura.”

Amit Shah also lauded the people for making the Chalo Paltai slogan a grand success, as he referred to the ouster of the Left Front government in the state.

“Before 2018 I had started the slogan Chalo Paltai against the communist misrule in Tripura and thank the people of Tripura for doing that,” Shah said.

The Union Home MInister also appreciated the role of incumbent Chief Minister Manik Saha and his predecessor Biplab Kumar Deb for working for the all round development of the state.

Shah said that Tripura is now free from nepotism since welfare schemes are now available for the every section of the society. Amit Shah said that this was not the case during the Left regime as he said that the “administration was totally captured by the Communists.”

“Under Biplab Deb and Manik Saha people are getting their legitimate rights and benefits of various schemes and Tripura is turning into a developed state under the double engine government,” Shah added.

The Home Minister’s next stop would be Sabroom in the southern side of the state and flag off another Rath Yatra before leaving for Manipur.